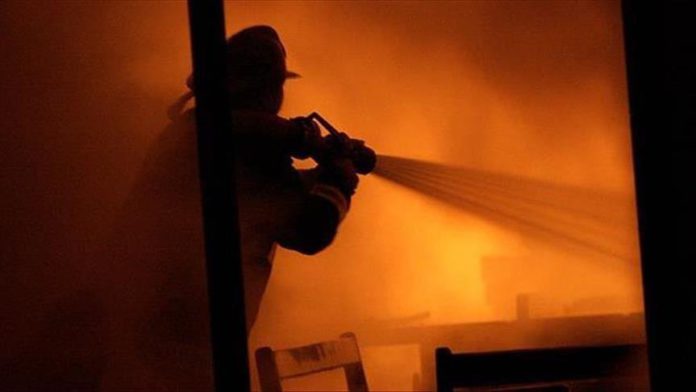 Five people were killed in India early on Friday after a fire broke out in a hospital designated to treat novel coronavirus patients in Gujarat state morning, officials announced.

The fire was brought under control and patients were shifted to nearby hospitals, according to Gujarat State Disaster Management.

“A fire broke out in the ICU in the hospital on early Friday morning in Shivanand Hospital. There were 33 patients in the hospital. Five patients died in the fire,” an official from the disaster body told Anadolu Agency.

While the state government ordered a probe into the incident and authorities have announced compensation to the victims’ families, Prime Minister Narendra Modi expressed his grief.

“Extremely pained by the loss of lives due to a hospital fire in Rajkot. My thoughts are with those who lost their loved ones in this unfortunate tragedy. Praying for a quick recovery of the injured. The administration is ensuring all possible assistance to those affected,” the prime minister’s office said on Twitter.

India meanwhile continues to battle the pandemic, with several states now seeing an increase in new cases. As of Friday morning, the country crossed the 9.3-million mark after over 43,000 new cases were registered, with the death toll reaching 135,715 following a rise of 492.

Estimates place the cumulative infections in the country at 74.3 million, “with 26-32 infections for every reported COVID-19 case by August 2020,” according to a recent sero-survey.

Meanwhile, the Serum Institute of India (SII) said the AstraZeneca-Oxford vaccine, even at the lowest efficacy at 60-70%, made it a viable vaccine against the virus.

“Even the lowest efficacy results are at 60-70%, making it a viable vaccine against the virus. That said, varied age groups with different dosage forms will result in slight variations and efficacy. We must be patient and not panic. The Indian trials are running smoothly with strict adherence to all the necessary processes and protocols,1 a statement by SII said on Thursday.

The statement comes after AstraZeneca admitted an error in the dosage received by some of the study participants.