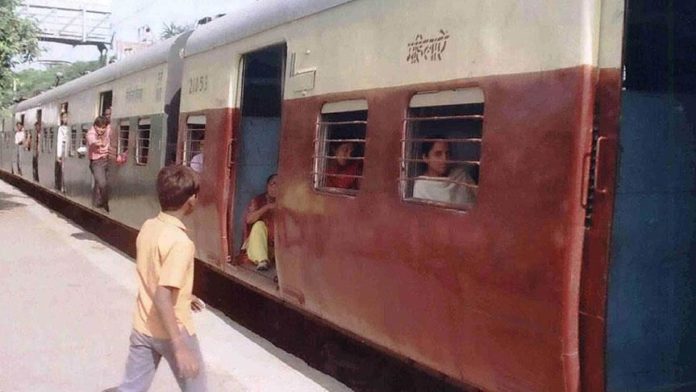 Exactly four years ago today, Najeeb Ahmed left his home after spending a week with his mother during his college break.

But less than two months later, he disappeared from the prominent central university following a scuffle with students connected with a right-wing organization.

“Today is the day when I saw my eldest the last time. I have been waiting for him since then in the hope that someday he will return to me,” she said.

Ahmed’s case sparked a nationwide outcry, where a young man from a minority community went missing from the public central university and could not be located.

Now, four years later, his whereabouts are still unknown and the investigative agencies have failed to find any leads into his disappearance.

“Despite a public attack and threats by a mob the previous night, police have failed to identify the assailants. The nine key accused were named and identified through CCTV footage, but police have repeatedly missed finding any evidence,” Nafis told Anadolu Agency over the phone.

She underlined that the reason the case has not been taken seriously is because of the communal difference.

“We are a Muslim minority in this country. Thus, no minister came forward to voice-out for us. The case has been neglected and no arrests have been made,” she said.

Since her son’s disappearance, Nafis has actively protested against the JNU administration and the central government’s policies. In 2019, on the third anniversary of Ahmed’s disappearance, she protested with some key intellectuals at Delhi’s Jantar Mantar, a heritage observatory built in 1724 that has turned into a hotspot for protests during the last few decades.

Hundreds of thousands of people are disappeared across India every year, according to the National Crime Records Bureau.

Speaking to Anadolu Agency, Umar Khalid, a human rights activist and former student at the university, said the matter was not looked into due to communal politics and to curb dissent.

“No attempts or pretense were made to look into Ahmed’s case mainly because the student wing of the ruling party was involved. The investigation did not move ahead and the lawyers and the premium investigative agency of India, CBI, kept returning with excuses, trying to shield people,” said Khalid, referring to the Central Bureau of Investigation.

Khalid, who was arrested and charged with sedition for protesting against capital punishment for convicted Kashmiri separatist Mohammed Afzal Guru early that year, confirmed that all these attacks on minority students are “premised on exclusion.”

“In the last couple of decades, starting in the 90s until a few years back, the country saw slight democratization of higher education, where minority students from Muslim or Dalit (a depressed caste in India) backgrounds started to join premium institutes, but this caused anxiety in the minds of right-wing conservatives,” he added.

Referring to Rohith Vemula, a Dalit post-doctorate student from southern India’s University of Hyderabad who committed suicide in January 2016 as a case of discrimination against Dalits at universities, Khalid said that the neglect in Ahmed’s case spreads the wrong message that “birth determines your place in the society.”

He added that these cases will cause a ripple effect where parents from minority backgrounds will avoid sending their children to top universities for higher education.

Twenty-seven-year-old Ahmed had recently joined the elite university, which he called the “Oxford of India” confirms his mother, and was among the studious, timid students, in stark distinction with the political environment of the university.

Many believe that he became the “fall guy” to communalize the upcoming university elections, keeping in line with the general narrative of the country in the last few years.

Speaking to Anadolu Agency, Qasim Dargahi, a post-doctorate student and Ahmed’s former roommate at the time of his disappearance, said Ahmed was a highly non-political and humanitarian student who had nothing to do with the elections or campaigning.

“He would study most of the day and did not get involved in any political activities. They tried to send out a message with his disappearance and their constant bullying and threats to all those associated with Ahmed, thus trying to victimize the victim. But we will not stop fighting for our friend’s justice,” said Dargahi.

He added that the night before Ahmed’s disappearance, a huge mob of ABVP members had gathered outside their hostel door after Ahmed had slapped one of them over some comment.

“They kept shouting communal slogans, beat him up, and demanded that he be handed over so that they could finish him off,” underlined Dargahi, who has now made it his “life’s goal” to find justice for Ahmed.