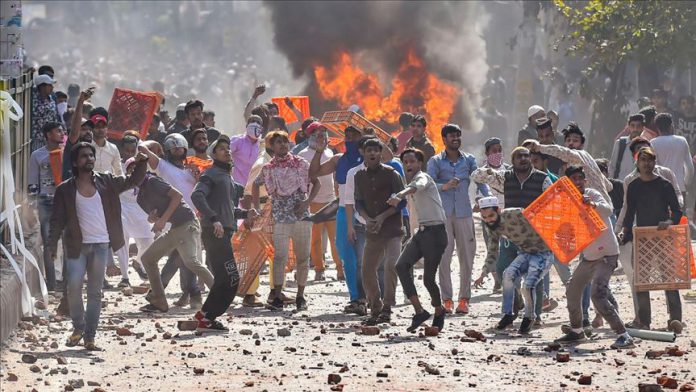 A police officer and three civilians were killed in the Indian capital Monday as clashes between pro- and anti-citizenship law protesters turned violent on the second day of demonstrations.

The violence began on Sunday when Kapil Mishra, a leader of the ruling Bharatiya Janata Party (BJP), warned police to clear the protests’ site ahead of U.S. President Donald Trump’s official visit.

Protesters threw stones at each other across multiple locations in northeast Delhi, one of the 11 administrative districts of the city, and set vehicles and shops ablaze.