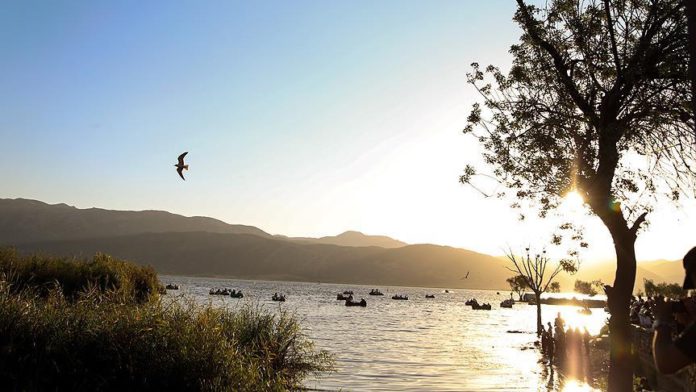 Amid the ongoing coronavirus pandemic, five states in India have confirmed the outbreak of Avian Influenza, commonly known as bird flu, forcing the Environment Ministry to issue a nationwide alert.

“The flu has reached the poultry birds in Barwala belt of the Panchkula district in [the northern] Haryana [state], we’ve so far recorded 350,000 dead poultry birds in the district, all suspected deaths from the flu,” said Mukesh Kumar Ahuja, deputy commissioner of district animal husbandry department.

“Ministry guidelines are being followed and the district is under strict vigilance for symptoms in other animals,” Ahuja added.

The outbreak has also killed 2,400 migratory birds in another northern state of Himachal Pradesh, another official confirmed.

“Until Monday night, we had recorded 2,403 dead bar-headed geese birds, all of which tested positive for the H5N1 virus. This is a serious concern and we are following the guidelines from the Ministry to stop the spread of the virus to domestic birds,” said Dr. Munish Batta, deputy director of epidemiology at the state animal husbandry department.

Bar-headed geese arrive at the Pong Dam Lake, located in the Himachal state, from Central Asia, Russia, Mongolia, and other regions in winters after crossing the Himalayan ranges. Last January, over 100,000 birds camped at the lake.

Batta further said a 10-kilometer (6.2-mile) radius in the region surrounding the lake is under strict watch after the first five carcasses of the geese tested positive, and tourism has been suspended. The nearby Gopalpur zoo in Kangra district has been put on high alert.

Another 589 carcasses of crows and pigeons were found positive in the western state of Rajasthan, a state official said.

“Since we do not know the exact source of avian, so far we are making sure that the dead birds are buried or burnt and the area is disinfected, in line with the Ministry guidelines,” said Dr. Virender Singh, the director of Rajasthan state animal husbandry department.

The central state of Madhya Pradesh and the southern state of Kerala have also reported over 10,000 dead birds — including ducks, crows, and pigeons – over the past week.

According to local broadcaster Mathrubhumi, the Kerala state has declared the flu a “disaster” and said it will be culling 48,000 ducks.

In order to avoid the spread of domestic and poultry birds, the Environment Ministry has issued a nationwide alert to states and directed them to take serious and urgent steps in this regard.

“Considering this grave situation, the ministry requests all states/union territories to take all possible measures/precautions to prevent the transmission of diseases, if any, in other animals/birds and human beings. Surveillance for mortality of wildlife, particularly in needs to be taken up on priority, and States are requested to report such incidences of mortality to this ministry,” the ministry said.​​​​​​​