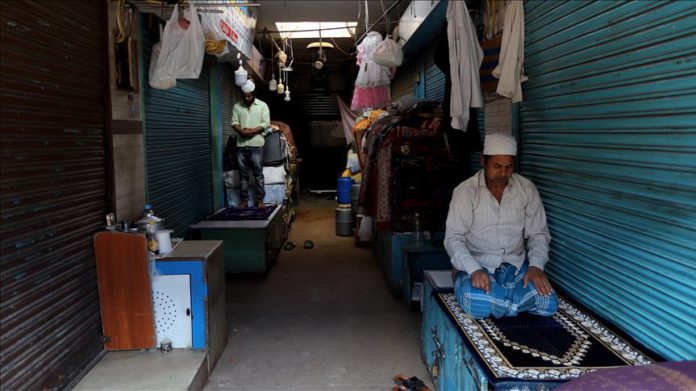 A total of 3,013 members of a Muslim religious group still remain detained at various quarantine facilities in Delhi after over 40 days.

The Tablighi Jamaat members, who have tested negative and their 14-day quarantine period is long over, have not been released despite requests.

“All members have now tested negative and await their release. We have approached the officials a few times but got the same answer that paperwork is underway. The Delhi localities have not been released either,” said Dr. Shoaib.

He also said 250 of the quarantined Tablighi members even came forward to donate their plasmas, and confirmed the plasmas have been received.

Delhi Health Department has written to the Union Ministry of Home Affairs, twice on April 17 and May 3, for protocols on the release, but have not heard anything.

In its letter, the department also mentioned that “[the members] have not only tested negative but also completed more than 28 days of stay in hospitals/quarantine facilities.”

In a press conference on Thursday, the Delhi Health Minister Satyendra Jain said they have repeatedly sought “directions and protocols” from the ministry, adding that the members could not be sent earlier due to complete lockdown till May 3.

“If the police have to act against anyone, it is free to do so. Otherwise, those still in quarantine despite testing negative now should be released,” Jain said.

In a five-day operation late-March, Tablighi attendees had been evacuated from the global Tablighi Jamaat headquarters in Delhi, turning it into Delhi’s first hotspot for virus. A total of 1,080 had tested positive, but all have been under quarantine since then.

The Tablighi Jamaat India head- Maulana Muhammad Saad Kandhlawi- is facing serious criminal charges for organizing the event, and has been under self-quarantine since the news broke out. He has tested negative for coronavirus.

The virus officially known as COVID-19 emerged in Wuhan, China last December, and has spread to at least 187 countries and territories. Europe and the US are currently the worst-hit regions.

The global death toll from the pandemic nears 270,000, with total infections over 3.85 million, while recoveries have passed 1.28 million, according to figures compiled by the US’ Johns Hopkins University.