TurkishPress
Home News India: 1 in 15 below age 10 exposed to coronavirus 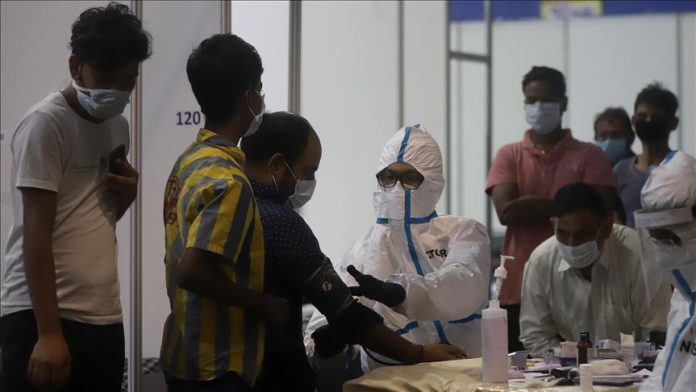 Indian officials announced on Wednesday that one in 15 people aged 10 or above have been estimated to have been exposed to the novel coronavirus by August.

While giving a briefing about the findings of the study, the Indian Council of Medical Research (ICMR) Director-General Balaram Bhargava said: “Risk in urban slums is twice than that in non-slum areas and four times than the risk in a rural setting.”

Bhargava added that despite this, there was still a considerable share of people who had yet to be unexposed to COVID-19.

A tweet from the vice president’s official account said Naidu was “asymptomatic and in good health. He has been advised home quarantine. His wife Smt. Usha Naidu has been tested negative and is in self-isolation.”

On Wednesday, India registered 80,472 news cases of the virus, as well as 1,179 deaths in the last 24 hours, said the data released by the Ministry of health.

The COVID-19 tally has crossed the 6.2 million mark and the death toll stands at 97,497. India has the second-highest coronavirus cases in the world after the US.

Over 1,400 Daesh affiliates ‘surrender’ in Afghanistan