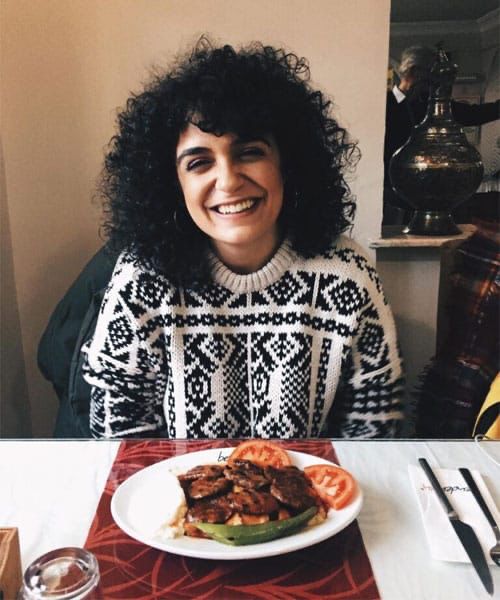 For most of us, food usually represents sustenance and, at times, gastronomic delight.

Yet, there are some among us who can see and appreciate another side of what we eat today – food as a narrator of history, a reservoir of information that holds up a mirror to the past.

For a region as rich in history as Anatolia, this particular route can offer vital insights into what this ancient land has witnessed over centuries.

This idea has been picked up in Turkish academia, with scholars diving deep in to get a taste of the past.

“By tracing the evolution of certain foods and dishes, we can better understand the political, diplomatic and social histories of different regions,” said Ceren Bozkurt, a chef, food researcher, and graduate student at the Hacettepe University in Turkiye’s capital Ankara.

“For instance, the weight and ingredients of baked bread can tell us about the economic conditions during different periods of the Ottoman era,” she said.

As the empire’s economic conditions deteriorated, so did the quantity, quality and variety of the breads being consumed, she explained.

The Ottomans successfully blended food from Central Asia, Anatolia, Middle East, the Balkans, and Byzantium to develop one of the most delicious and diversified cuisines in the world, she added.

“It did not take them long to incorporate and master new ingredients such as tomatoes, potatoes and corn, which originated in the Americas,” Bozkurt said.

“This also shows just how well connected the Ottomans were to global commerce and trade routes.”

Another aspect of cuisine to which Ottomans attached immense importance was presentation, she continued.

“How dishes were presented at royal receptions, particularly for foreign envoys, was a way for the Ottomans to convey a perception of themselves to the world,” said Bozkurt.

“There were also more subliminal messaging going on through these meals; the more variety on display was a marker of the empire’s prosperity and superiority of the sultan.”

The type, quality and quantity of food laid out for foreign envoys was directly related to their countries’ relations with the Ottoman Empire, she added.

As an example, Bozkurt cited a memoir of Cornelis de Schepper, a Dutch diplomat who came to Istanbul in 1533 as part of the Habsburg Emperor Ferdinand I’s peace mission to Ottoman ruler Suleyman the Magnificent.

“The mission was attributed much importance and it eventually led to a peace treaty between the Habsburgs and Ottomans. Schepper himself was also held in high esteem by the Ottomans,” she said.

“He mentioned a large variety of dishes at his reception, including pilaf with lemon, pomegranate and cold, marinated quail meat, desserts such as rose marmalade, and sherbet for drinks.”

Similarly, Sir Edward Barton, an envoy of Queen Elizabeth I, with whom the Ottomans had cordial relations, reported over 100 types of dishes, mostly stews and grilled delicacies, at a palace reception he attended during the reign of Mehmet III, Bozkurt added.

“All this goes to show that a closer look at the history of the food eaten in Anatolia over the ages, which has largely not been given the attention it deserves, can definitely help us get a much clearer and in-depth idea of Ottoman and Turkish history,” she concluded.

Soyuncu named as part of Premier League Team of Year