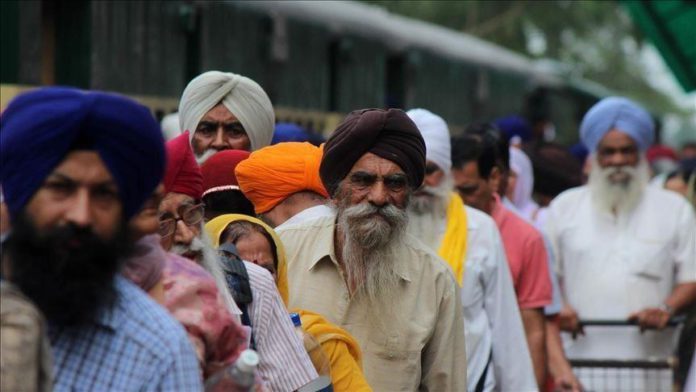 Nearly 75 years ago, when India and Pakistan gained freedom from the British, large swathes of Punjab province across the newly created borders witnessed bloody rioting between Sikhs and Muslims, forcing one of the largest migrations in history.

Such was the scale of animosity and rioting that the Muslim population in the Indian side of Punjab was drastically reduced from 33% to 0.5%. A similar story played in western Punjab also became part of the newly created Pakistan.

A visit to the ground in Indian Punjab reveals that much has changed over the past 75 years.

In villages after villages, the majority Sikh population has been helping revive mosques left abandoned seven decades ago due to migration or killing of Muslims.

In June last year, a Sikh family from Jitwalkalan village donated its ancestral land to build a mosque for a small number of Muslim families living in the Sikh-dominated village. The mosque is now in the final stages of construction.

“We used to visit nearby villages to offer prayers. Because of the Sikh brothers, we have a mosque now in our village. It means a lot to everyone here and we are extremely thankful to our fellow Sikh brothers,” Mohammed Anwar, one of the Muslims in the village, told Anadolu Agency.

He adds that the number of Muslim families is just around a dozen, and it was the Sikhs who helped their dream of constructing a mosque.

“90% of the contribution came from the Sikhs. First land, and then financially as well. They made it possible to have a mosque for few Muslim families living here,” said Anwar.

Jitwalkalan village is not a lone example. There are similar stories in different parts of the state, which indicates a further boost in the communal amity and relationship between the Sikhs and minuscule minority Muslims – in India’s Sikh-majority state.

Project to renovate and recover mosques

Speaking to Anadolu Agency, Shahbaz Ahmed Zahoor, who is associated with Punjab-based Idara Taameerey Masaajid (organization of building mosques), said that since 2017 they have undertaken a project to renovate dilapidated mosques left abandoned since 1947. He said that many mosques that were in the custody Sikh community are also being returned to Muslims.

“We have renovated over 200 mosques in different parts of the state. Around 100 new mosques have come up,” he said.

“Several mosques, which were with Sikh brothers post-1947, have been handed over to us. I think without the support of our Sikh brethren, it would not have been possible,” he said.

A mosque is also being constructed in the village of Bhaloor in the Ludhiana district with the help of Sikhs.

“We have five Muslim families living here and they didn’t opt to go to Pakistan at the time of partition. A religious place was needed for them and the whole village came forward and decided to construct a mosque,” village head Sardar Pala Singh told Anadolu Agency.

Several mosques have come to life in many areas, which was left abandoned since 1947.

In 2010, in the Samrala district of the state, a mosque in Sarwarpur village was renovated for just two families.

“Two families stayed back during the partition and Sikhs helped to build the mosque again,” Gurdeep Singh, the village head, told Anadolu Agency. “Our village is an example of great values of people and their belief in communal harmony,” he said.

As the northern Punjab state is electing its provincial assembly on Sunday, Sikhs and Muslims in one voice say they are against the divisive politics spread by politicians.

“Those parties who spread hate and divide people are not welcomed here. In Punjab, Sikhs, Muslims or others, vote for the secular parties,” Maulana Mohammad Usman Rehmani Ludhianvi, the chief cleric of Punjab, told Anadolu Agency.

“I believe in Punjab the relationship between Sikhs and Muslims is like an elder and younger brother. It will continue and we have seen the examples of communal harmony frequently,” he said.

Unlike in the Uttar Pradesh state, India’s populous province, where anti-Muslim rhetoric has found space in the election campaigning, Punjab looks an exception.

Experts say that the growing relationship between Sikhs and Muslims has helped to keep the divisive forces out of power.

“Politicians are trying to invoke religion in the elections, people are not falling into it,” said Jaspal Kaur Kaang, a Chandigarh-based expert in Sikh studies who ascribed Punjab’s communal harmony to the secular characters of Sikhism.

“The Sikh gurus have given a concept of communal harmony to the people. Punjab is secular and they have rejected the politics of division and hate. They have focused more on universal brotherhood,” she said.

Communal card will not work

India’s ruling Hindu nationalist Bharatiya Janata Party (BJP) has alleged large-scale religious conversions are happening in rural parts and has promised to bring an anti-conversion bill if elected to power in the province.

Zahoor said Muslims and Sikhs had joined hands to keep communal forces out of power.

“We have seen over the years how people mostly bring those parties in power, which are secular in nature,” he said.

“Any party which plays the communal card here never gets elected … people live happily with each other in the state for many years now,” he said.