TurkishPress
Home News In past 18 years Turkey brought back 4,440 artifacts 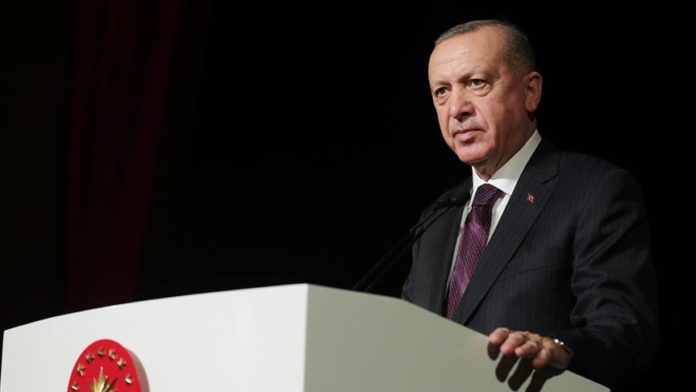 Over the last 18 years, Turkey’s Justice and Development (AK) Party governments have brought back some 4,440 artifacts to the land where they belong, President Recep Tayyip Erdogan said on Monday.

Speaking at the opening ceremony of the State Museum of Paintings and Sculptures in the capital Ankara, Erdogan said Turkey embraces everything which belongs to its land as part of its wealth.

“We support all kinds of qualified works that will add additional value to the cultural and artistic life of our country and expand diversity in this field,” he said.

Building a civilization is a tough task that demands huge time and effort, he said, adding that protecting the patterns and culture of a civilization, keeping it alive, and further contributing to heritage are very significant issues as well.

“Our ancestors put their seal on the land they conquered with their magnificent work reflecting the splendor of our civilization along with their high culture,” Erdogan added.

He emphasized that the cultural heritage that flows through history is being enriched and sustained through the contributions of new generations.

“For a while, work on museums was made into a means of contention with the nation’s sacred [values], as seen in the Hagia Sophia Mosque,” he said.

Earlier this year, Hagia Sophia was transitioned from a museum back into a mosque.

On July 24, Friday prayers in Hagia Sophia marked the first Muslim acts of worship there in 86 years.