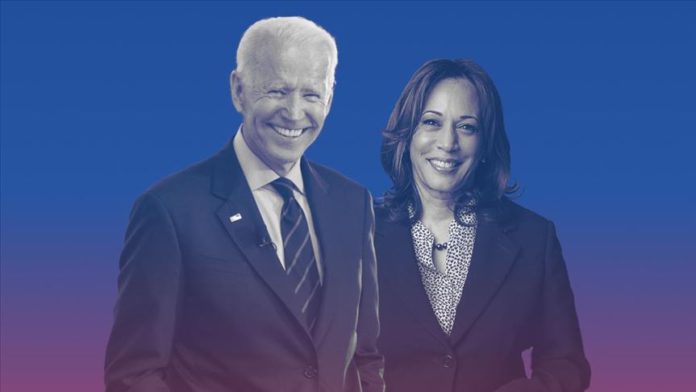 By choosing California Senator Kamala Harris as his running mate, presumptive Democratic nominee Joe Biden is choosing an individual with a proven track record of public service as well as prominent clashes with the former vice president.

Prior to becoming California’s junior senator, Harris was the state’s attorney general and San Francisco’s top prosecutor, carving out a record that she has touted even as it has drawn criticism from progressive liberals and younger Black voters.

The California Democrat was born to immigrant parents in Oakland. Her father was originally from Jamaica, while her mother hailed from India.

She had rocketed to the front of a crowded Democratic field early on in the primary contest as the party searched for its presidential nominee, propelled largely by a fierce clash with Biden during the first Democratic debate. But her bid fizzled out in late 2019 as Vermont Senator Bernie Sanders gained widespread traction before the party’s establishment coalesced around Biden.

During the contest, Harris publicly and personally locked horns with Biden, criticizing her now running mate for his lack of support for a federal school bussing mandate.

“There was a little girl in California who was part of the second class to integrate her public schools, and she was bussed to school every day,” Harris said in Miami, Florida in June 2019. “And that little girl was me.”

After her campaign fizzled out, Harris endorsed Biden, whose campaign sought to tamp down the severity of the public barbs between the two ahead of Tuesday’s announcement.

“Ambitious women make history, change the world, and win,” Biden campaign manager Jen O’Malley Dillon said in July on Twitter. “Our campaign is full of ambitious women going all out for Joe Biden. He will make this decision, and this is clear: whoever he chooses from the very qualified options to help him win & unite the country, she’ll be one too.”

With Biden’s advanced age, he is 77 and would be the oldest president-elect if he wins in November, Harris is not just an ordinary vice presidential pick. Biden has repeatedly referred to himself as a “transitional” candidate, making Harris, 55, the likely future leader of the Democratic Party if they win on Nov. 3.

She is known for her unwavering and sharp questioning of Trump administration officials and nominees during Senate hearings, using her background as a courtroom prosecutor to make often searing examinations of witnesses.

In 2018, Harris grilled CIA Director Nominee Gina Haspel over the agency’s enhanced interrogation program, which has been criticized as thinly-veiled torture, asking Haspel during her confirmation hearing if it was immoral.

“Senator, I believe that CIA officers to whom you referred,” Haspel said before being cut off by Harris, who said “it is a yes or no answer.”

Haspel refused to answer, but Harris did not back down, continuing to repeatedly demand a yes or no answer as Haspel equivocated.

Harris is expected to make her first public remarks alongside Biden as his running mate on Wednesday.