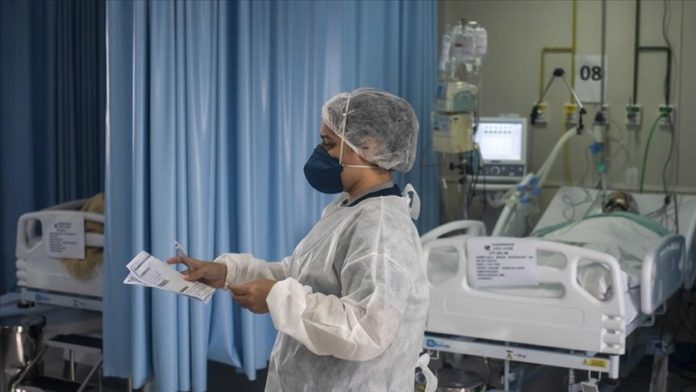 Brazil surpassed 500,000 deaths from the coronavirus on June 19, a record that will mark one of the saddest chapters in the country’s history.

Although many Brazilians forgot it, there was another tragedy that exterminated at least 500,000 in the 19th century, mainly affecting residents in the northeast, which at that time was part of the Empire that lasted until 1889.

That tragic period is known as “The Great Drought” or “Drought of the Brazilian Northeast.”

Although many remember the Spanish Flu of 1918 when the coronavirus began to haunt the world in March 2020, another catastrophe killed 50 million people around the globe between 1877 and 1879. In that case, the main cause of death was hunger and not a virus.

In times when it was difficult to forecast, a succession of combined climatic events generated an unprecedented drought at the equatorial region of the planet.

In Brazil, specifically, a lack of rain started dark times, hardships and famines, which also included a smallpox epidemic.

Within the Brazilian imperial period, Ceara was the most affected province. In 1878, alone, the worst year of the drought in that territory, 119,000 died.

There were three years in a row without rain, without harvest, without plantations. Herds and families were completely lost. Many who managed to survive decided to move to other less-affected regions.

In three years, the province went from having 900,000 residents to 750,000, according to data published in Climatology, Epidemics, and Endemics of Ceara, a book by Dr. Baron de Studart.

That drought and previous and subsequent ones were associated with the El Niño phenomenon, which directly interfered with the climate of the region and other areas of the country.

The only comparable tragedy since then is the COVID-19 pandemic, which continues to claim victims in Brazil. There are already more than 513,474 deaths and the rate of death has not decreased despite accelerated vaccination in most states.

Either way, times are different. During the Great Drought, Brazil had fewer than 10,000,000 residents — half lived in the Northeast.

Although the events are completely different, without mentioning available technology, we can find similarities between the historical events.

In 1877 and during the current pandemic, the effect on deaths was the result of the sum of a natural phenomenon, an economic crisis, failures in government assistance and political disputes; they happened in the 19th century and continue today.

“Plague and famine kill more than 400 people a day,” wrote renowned writer and pharmacist Rodolfo Teofilo in a chronicle in 1878.

“In the morning, they collect dead children and gather them into a huge bag, then cover them with a handkerchief and direct them to their grave,” he said. “We will not have one of the crown jewels left, but no Northeast will starve,” he told the emperor at that time, Pedro II.

Hunger and lack of prospects caused a “diaspora” of the inhabitants of the Northeast throughout the Brazilian territory. Some fled to the Amazon region, while others sought a better life in the Southeast — specifically Sao Paulo, Minas Gerais and Rio de Janeiro.

“They died of hunger and thirst, they had nothing to eat, and they died in the middle of the streets of the cities, on the highways of the country,” said de Studart. “After feeding on wild roots, some species of cacti and bromeliads, the palm of the carnauba and palm trees, the hungry began to eat the most disgusting meats, such as dogs, vultures, and crows, in addition to some reptiles.”

In addition to wandering hungry through the squares of the current state capital, Fortaleza, those who left the dry fields also tried to advance to neighboring provinces: Bahía, Recife and Alagoas, a little less affected by the catastrophe.

“It was like the refugee crises that we see today. Neighboring states and major capitals refused to receive desperate travelers,” said Dain Borges, history professor at the University of Chicago and specialist in 19th and 20th centuries in Latin America.

In camps that were improvised to receive the processions, not even the minimum hygiene conditions were respected and there, using unprotected agglomerations, smallpox wreaked havoc.

“The precarious houses used to be stuck holding thin tarps, without divisions. The concentration of populations affected by the drought in these camps forced the ideal conditions for the smallpox epidemic,” said Gleudson Passos, history professor at the State University of Ceara (UECE).

“Smallpox spread like a fire that starts with a flame in the middle of a pile of dry straws. At the end of October 1878, there was no longer any hope of reestablishing the hospital service in the region, due to the number of infected people who arrived every day,” Teofilo wrote in another story.

“On December 10, the Lagoa Funda cemetery received 1,000 deceased. That number sowed panic among the inhabitants,” he said in another.

“These prolonged droughts would have minimal effects on societies like the current one, which has adequate transportation, non-agricultural industries and reasonably distributed resources. That logic is not in dispute. If that society existed in Brazil in 1877, no emergency actions would have been necessary, nor would such a crisis have been triggered,” wrote historian Roger Cunniff in his book, The birth of the drought industry.

“In 1877, a set of synergistic forces formed a plot that linked different social, economic, environmental, and productive crises. The result of that sum was much worse than it would be if each of them were isolated. It is what is happening today in Brazil and other countries of the world with the COVID-19 pandemic,” Passos told Anadolu Agency.

Regarding statistics, the estimated number of 500,000 victims from the Great Drought could be conservative.

According to the latest calculations made by the Our World in Data project at Oxford University in the UK, more than 750,000 people died during the three years of drought, epidemic and crisis.

According to Dain Borges, comparing the current pandemic with the crisis in 1877-1879 would be “a big mistake.”

“But it is clear that unlike what happened in the 19th century, the current Brazilian State does have or had the resources to better face the health and social crisis caused by the pandemic,” said the historian.

“A year ago, when all countries were running to confront the coronavirus, the government led by [President Jair] Bolsonaro had the ability to lessen the crisis and it did not do so by choice. Thinking about that, it is much more difficult to judge the errors of the imperialist governments of 1877,” he said.

In the artistic context, the crisis of the Great Drought in the Northeast was one of the main sources of inspiration for Brazilian writers such as Graciliano Ramos, Jose Lins do Rego and Jose Americo de Almeida, among others.

Famous painter Candido Portinari portrayed a family in exodus in a series that also includes two other works that refer to the tragedy: “Dead Child” and “Entierro en la red.”

In music, “La triste departure,” a song by the poet Patativa do Assare, became popular with the voice of famous singer Luiz Gonzaga.