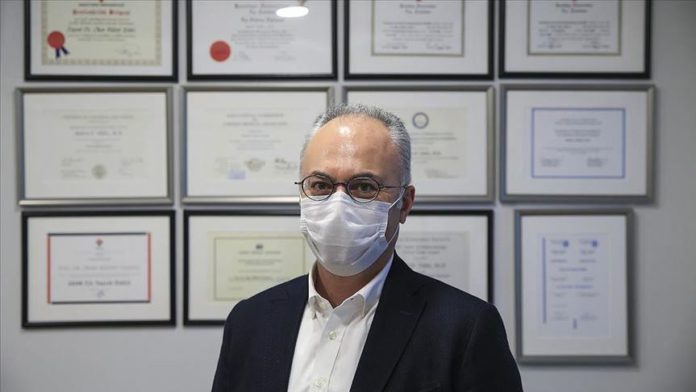 The US Endocrine Society (ENDO) for the first time in its history elected a Turkish scientist to co-chair its annual meeting of experts around the world.

Okan Bulent Yildiz, an endocrinologist at Hacettepe University in Ankara, told Anadolu Agency that Turkish medicine is improving in the world by the day and that Turkish scientists are conducting significant research at home and abroad and have come to important positions.

Yildiz, who specializes in obesity and metabolic syndrome in women, said there are two significant non-governmental organizations on hormonal diseases, also known as endocrinology, in the world. One is the European Society of Endocrinology and the other is ENDO, he said.

“I was elected president for the congress of the European Society of Endocrinology which was held in Portugal in 2017. Now, I’m elected co-chairman of the ENDO organization of the American Endocrine Society in 2021,” Yildiz added.

He said ENDO is one of the most prestigious international scientific organizations and has existed for over a century.

“This year, over 27,000 scientists took part in ENDO, where scientific studies on hormonal diseases were discussed,” he said.

“Few people outside the US have so far been elected as co-chairman of the society, which has a history of over 100 years. I became one of those people,” Yildiz said, noting that this would be the first time a Turkish scientist co-chairs the organization.

“In this regard, I’m happy and proud both on behalf of my country, and the scientific and endocrinology community in Turkey, as well as Hacettepe University,” Yildiz said.

Yildiz noted that ENDO’s next yearly event, which had been slated for March 2021 in San Diego, California, will be held virtually on the same date due to the novel coronavirus.

Highlighting the impact of hormonal diseases on public health, he said there were some conditions that are hard to treat and require experience as they are uncommon.

“In this regard, it is important to increase the efficiency and quality of medical service for hormonal diseases with the support of new technology,” he said.

Yildiz said they would prioritize two topics at ENDO 2021. The first of these will be artificial intelligence and machine learning, while regenerative medicine, concerning biotechnological methods to let damaged cells, organs or tissues to become functional again, will be the other.

“In these topics, for the first time, we’re working with the world’s leading bioengineering experts from Spain and the US,” he added.

Yildiz said artificial intelligence and machine learning helped in diagnoses and follow-up examinations for some diseases by modeling them.

“As a result, it’s possible to find the most suitable solution for a patient in the most rapid way,” Yildiz said.

“But, artificial intelligence will never replace doctors. We’re talking about a supporting method that helps in doctors’ decisions, not take their place.”

Stating that regenerative medicine is advancing rapidly in the world, Yildiz said that some biological products could be developed from synthetic materials at the cell, tissue or organ levels, which can mimic the normal functioning of organs in the body.

ENDO 2021 will take place on March 20-23, 2021 on a state-of-the-art digital platform, instead of an in-person meeting in San Diego, according to the society’s website.