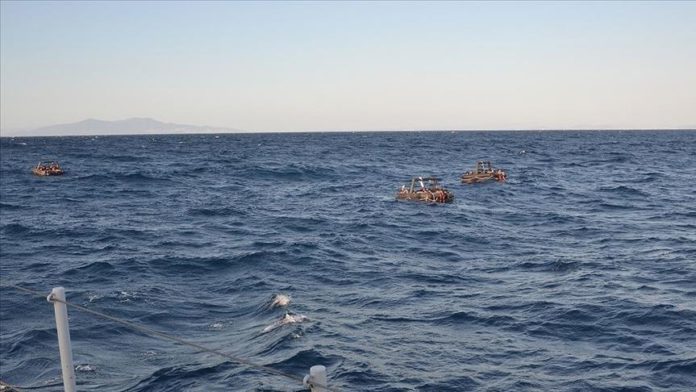 Over the last dozen days Turkey has rescued 526 irregular migrants who were pushed back into Turkish territorial waters by Greek forces, the country’s Coast Guard Command said on Tuesday.

On Dec. 13-25, “in a total of 52 incidents, 991 irregular migrants and 10 migrant smugglers were apprehended, and 526 irregular migrants pushed back into our territorial waters by Greek assets were rescued,” said a command statement.

The statement also highlighted Turkey’s efforts to prevent irregular migration and illegal activities on a 24/7 basis, and assist anyone in need of help at sea while respecting human rights and both national and international law.

Greek officials’ unfortunate statements blaming Turkey show how unserious they are about addressing the situation, it added.

Greece is the main route into the European Union for asylum-seekers arriving via Turkey.

Turkey has been a key transit point for irregular migrants who want to cross into Europe to start new lives, especially those fleeing war and persecution in their countries.

It already hosts 4 million refugees, more than any country in the world, and is taking new security measures on its borders to humanely prevent a fresh influx of migrants.