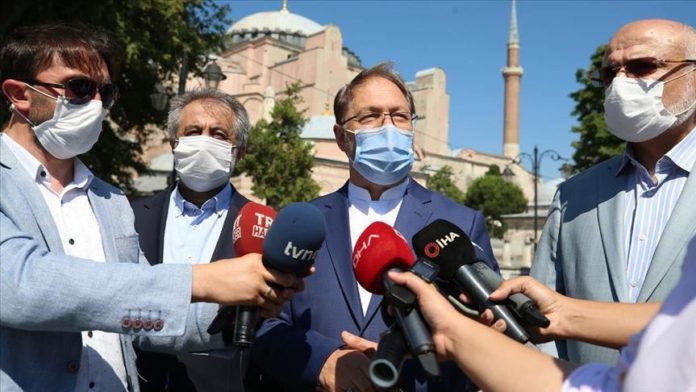 Turkey’s top religious authority on Thursday appointed three imams and five muezzins for Hagia Sophia Mosque, an iconic landmark in Istanbul all set to open for prayers on Friday.

Hagia Sophia served as a church for 916 years until the conquest of Istanbul, and a mosque from 1453 to 1934 – nearly half a millennium.

The site will be open to domestic and foreign tourists free of charge.

US: Woman in wheelchair robs bank in Florida