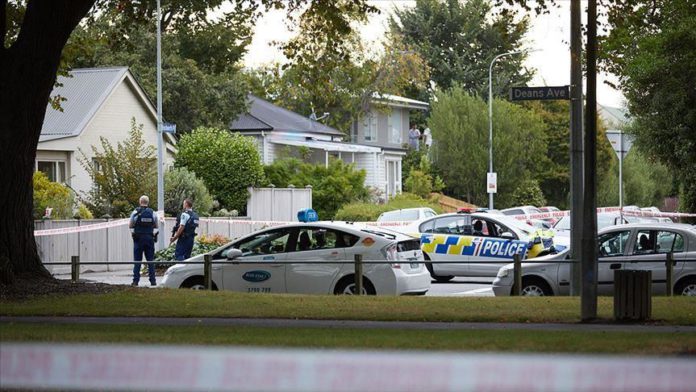 “I am a strong, stubborn Turkish man,” said one of the victims of New Zealand mosque attack during the ongoing final hearing in the case on Tuesday.

“… In the future, I will think about and be proud of all I have overcome as I walk freely in the sunshine,” said Temel Atacocugu, one of the three ethnic Turks who became victims of the heinous Christchurch attack last year.

Sobering tales were heard inside courtroom as surviving victims and relatives recalled how the shooting shattered their lives.

Mustafa Boztas, Zekeriya Tuyan and Atacocugun were three Turks injured in the attack.

Tuyan, who suffered serious injuries, died in the hospital where he was being treated for 50 days.

Atacocugu told the court it was not first time that he looked into the eyes of the gunman.

“The trauma will live with me forever; the images, smell and sound of the mosque of that [March 15, 2019] day will haunt me. I do not foresee a future where I will be without pain. However, I am determined to find a positive vibe to overcome pain,” he told the court where he was supported by his two sons.

Atacocugu was shot nine times by Tarrant, and will have to live with permanent disabilities.

Addressing terrorist Tarrant as he refused to read his “impact statement,” Mirwais Waziri, another victim, said: “You are the loser and we are the winners.”

Waziri had moved to New Zealand from Afghanistan, and was in the hallway of the Al Noor Mosque when the gunman entered and opened fire on the faithfuls.

He was hit by a bullet in his neck but survived.

“I decided not to read my statement and show him how much I suffer,” Waziri said. “We as Muslims are not terrorists. Terrorists do not have religion, race or color. You are the loser and we are the winners. You proved to the world, you are the terrorist.”

Tarrant has pleaded guilty on 51 charges of murder, 40 charges of attempted murder and a charge of committing a terrorist act.

The Christchurch High Court began sentencing proceedings on Monday. The verdict is expected to be announced after at least 66 “impact statements,” which may take up to three days.

The victims were outraged over Tarrant’s lack of remorse.

“You act like a coward, and you are a coward. You live like a rat and you are going to die alone,” Zuhair Darwish said. “You will pay for what you did – in this life and another.”

Darwish’s brother, Kamel Darwish, was killed in the shooting.