TurkishPress
Home Diplomacy If Sweden considers PKK a terrorist entity, it must do what is... 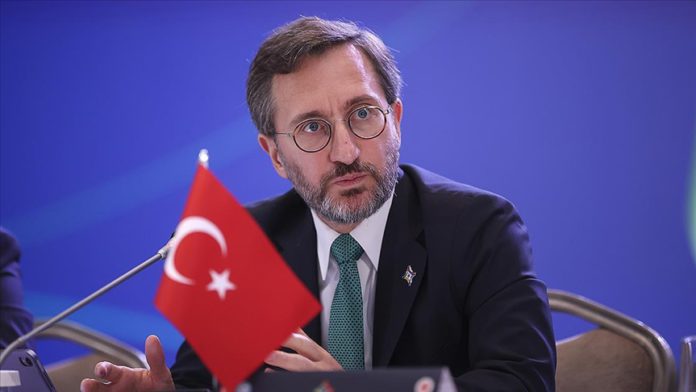 If Sweden considers PKK a terror group, it must do what is necessary, Turkiye’s communications director said on Friday.

“This is disinformation in the name of combating disinformation. Sweden makes no effort to stop the PKK’s ongoing propaganda, fundraising and recruitment efforts,” Fahrettin Altun said on Twitter, referring to the Nordic country’s Foreign Minister Ann Linde’s post in which she denied her country’s ties with the PKK terror group.

Earlier, Ann Linde said that accusing Sweden of supporting PKK is “disinformation,” adding that her country listed PKK as a terror group in 1984.

However, Altun pointed out that in addition to allowing the terror group’s propaganda, fundraising and recruitment efforts, Sweden has also been arming terrorists that carried out suicide bombings, among other attacks, in Turkiye.

“To add insult to injury, Sweden expressed solidarity with- and offered funding to YPG, PKK’s Syrian component, against Turkiye — the first NATO ally to deploy combat troops to Syria to fight terrorist groups, including Daesh/ISIS,” he said.

“You look us in the eye and keep lying. You keep supporting the terrorist organization PKK. If Sweden truly considers PKK a terrorist entity, it must do what is necessary,” Altun added.

In its more than 35-year terror campaign against Turkiye, the PKK – listed as a terrorist organization by Turkiye, the US, and the EU – has been responsible for the deaths of over 40,000 people. The YPG is the PKK’s Syrian offshoot.

Turkey attaches importance to development of ties with both Russia, Islamic...