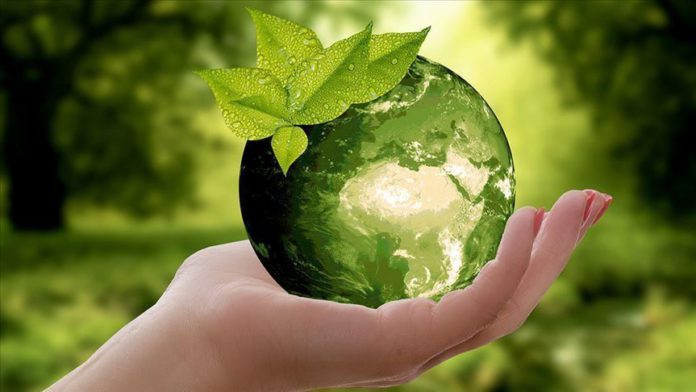 A set of policy actions and $3 trillion in investments over the next three years can ensure a sustainable recovery from the impacts of COVID-19 crisis by creating 9 million jobs per year and putting global emissions into a structural decline, a new report from the International Energy Agency (IEA) revealed Thursday.

The IEA’s Special Report on Sustainable Recovery from the IEA’s flagship World Energy Outlook, conducted in cooperation with the International Monetary Fund, outlines energy-focused policies and investments to move the world towards a cleaner and more resilient future while boosting economic growth and creating jobs.

According to the IEA data, in 2019, the energy industry including electricity, oil, gas, coal and biofuels directly employed around 40 million people globally. The special sustainable recovery report estimates that 3 million of those jobs have been lost or are at risk due to the impacts of the COVID-19 crisis, with another 3 million jobs lost or at risk in related areas such as vehicles, buildings and industry.

With the global economy set to shrink by 6% in 2020, some 300 million jobs may have been lost during the second quarter of the year. This disruption has sent shock waves through energy markets, with global energy investment expected to shrink by an unparalleled 20% in 2020, the report said.

The plan estimates that sustainable recovery investments could create 9 million jobs per year.

According to the plan for the 2021-2023 period, governments can mobilize investments in six key fields including electricity, transport, buildings, industry, biofuels and technology.

The report made recommendations for a sustainable recovery from the impacts of COVID-19. These include accelerating the pace of renewables by spreading the use of electric vehicles and investing in charging infrastructure as well as high-speed rail and urban transport. Measures to improve the efficiency of buildings and industry motors were cited along with supporting sustainable biofuels and technology innovation.

The largest portion of the millions of new jobs created through the plan would be in retrofitting buildings to improve energy efficiency and in the electricity sector, particularly in grids and renewables. The other areas that would see higher employment include energy efficiency in industries such as manufacturing, food and textiles; low-carbon transport infrastructure; and more efficient and new energy vehicles.

The plan requiring $1 trillion investment annually represents about 0.7% of today’s global GDP, and over the next three years, it shows that it could boost economic growth by an average of 1.1% per year.

The plan also aims at reducing global energy-related greenhouse gas emissions by a total of 4.5 billion tons by 2023.

Global CO2 emissions flat-lined in 2019 and are set for a record 8% decline this year.

“While this drop, which results from lockdown measures and their economic impacts, is nothing to celebrate, it provides a base from which to put emissions into structural decline,” the report said.

A sustainable recovery would also deliver other improvements to human health and wellbeing, including driving a 5% reduction in air pollution emissions, bringing access to clean-cooking solutions to around 420 million people in low-income countries and enabling nearly 270 million people to gain access to electricity.

“Governments have a once-in-a-lifetime opportunity to reboot their economies and bring a wave of new employment opportunities while accelerating the shift to a more resilient and cleaner energy future,” said Fatih Birol, the IEA executive director.

“Policymakers are having to make hugely consequential decisions in a very short space of time as they draw up stimulus packages. Our Sustainable Recovery Plan provides them with rigorous analysis and clear advice on how to tackle today’s major economic, energy and climate challenges at the same time,” he said adding that the plan is not intended to tell governments what they must do but seeks to show them what they can do.

Governments are responding to the economic crisis on a massive scale. So far, they have announced measures worth about $9 trillion, focusing primarily on emergency financial and economic relief to prevent an even deeper crisis.

“With more stimulus coming, attention is now turning to longer-term recovery plans that seek to repair the economic damage from the disruptions caused by confinement measures and restrictions on mobility. Some plans already include energy and its role could grow in successive rounds of stimulus spending,” the report said.

Governments are set to make major decisions that will affect huge amounts of investment and shape infrastructure and industries for decades to come. Therefore, the IEA says in the report that massive stimulus packages would offer a unique opportunity to put the energy sector on a more sustainable path.

Compared with the 2008-09 financial crisis, the costs of leading clean energy technologies such as wind and solar PV are far lower while some emerging technologies like batteries and hydrogen are ready to scale up.