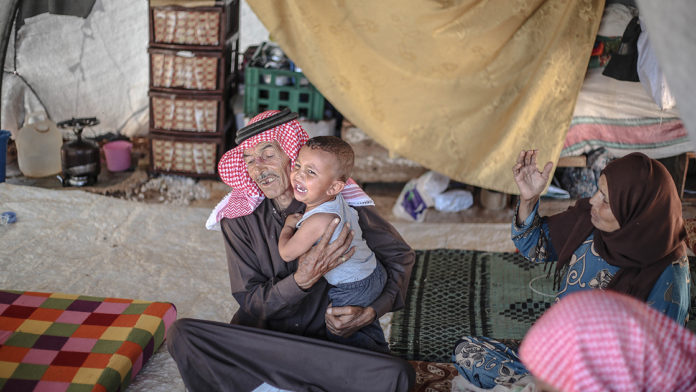 Civilians taking shelter in camps along the frontier between Turkey and northwestern Syria have called for keeping the Bab al-Hawa border crossing open for aid transfer, which is essential for them to survive.

The woes of millions of civilians, who fled attacks by the Bashar Assad regime and its supporters, escalated after Russia insisted on allowing the delivery of aid only through the Bab al-Hawa crossing into the country.

Al-Ahmad Gaymis, a Syrian civilian who migrated from Maarat al-Numan district and took shelter in the al-Rahma refugee camp in Idlib, fears that if the Bab al-Hawa border crossing is closed to aid, his two sick children will not be able to find medicine.

“We have been using medicines for a year and a half. We will continue to use them for two more years. They have to use them every day. Otherwise, their disease will get worse,” Gaymis told Anadolu Agency.

“If the Bab al-Hawa border crossing is closed, my children’s medication will not be available,” he said. “What are the crimes of these innocent children to be deprived of medicine?”

For his part, Anas Gabi, who had to migrate from the village of Maar Shurin south of Idlib city a year and a half ago and took shelter in the camp, said their only way to remain alive is by keeping the Bab al-Hawa crossing open.

“Russia, which has destroyed our homes and bombed our cities, is now seeking to close the border crossing,” he said. “All aid and medicine enter through this terminal. Closing this gate means death for millions of refugees living here.”

Muhammed Fahid, another Syrian refugee at Al-Andalus camp, said: “I am calling out to all the authorities from here; if they close the door [the people] will starve to death.”

“Closing the terminal means waging a second war on the people. We are calling out to all foreign and Arab officials from here. Don’t close them,” he said.

Humanitarian aid has reached millions since 2014 through the UN Security Council authorized a cross-border mechanism in Idlib, which is home to thousands of internally-displaced people who have taken refuge there.

By 2020, international humanitarian aid such as food, medicine, and medical supplies were sent through four border crossings. But the number of crossings was reduced to two upon Russia’s veto and objections.

In 2020, Russia only authorized Bab al-Hawa to be kept open for another year. The UN Security Council needs to renew the mechanism so that the border crossing remains open and aid can continue. 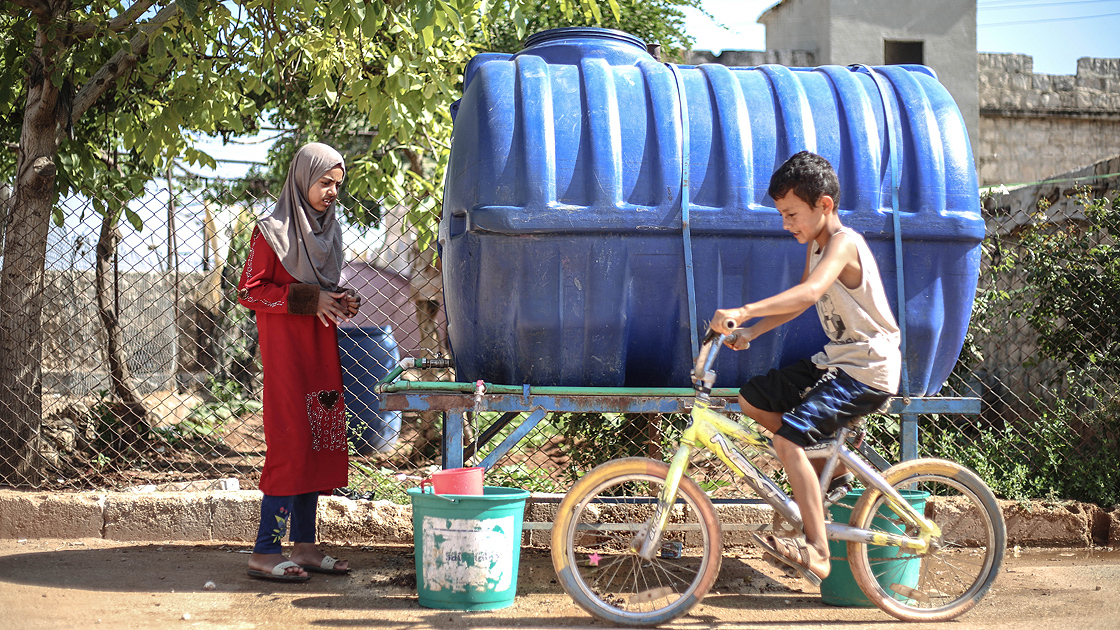 Dozens of non-governmental organizations operating in Syria have made an appeal against the closure of Bab al-Hawa terminal between Turkey and Syria, the last lifeline for more than 4 million Syrians.