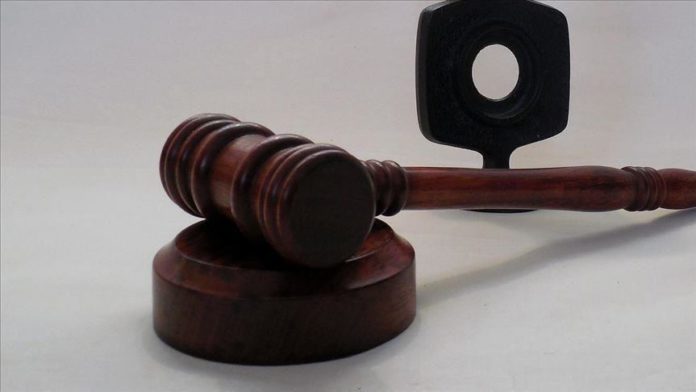 The International Court of Justice (ICJ) can help resolve a dispute between Turkey and Greece on the Aegean Sea, a former Turkish ambassador to Greece suggested in an article published by a Greek daily on Saturday.

If all other diplomatic routes are exhausted, the ICJ could be helpful in persuading the Greek public to accept a solution on maritime boundaries with Turkey, Hasan Gogus, who served as an envoy to Greece between 2009 and 2011, wrote for the Ta Nea newspaper.

Noting that Ankara is not a side to the UN Convention on the Law of the Sea (UNCLOS) while Athens, a signatory, insists on going to the treaty’s own international tribunal in Berlin to sort out their differences, Gogus said the two countries “inevitably have to agree on a ‘compromis.'”

“Both Greece and Turkey are of the opinion that they have sound grounds to defend their respective cases in accordance with international law,” Gogus said, explaining that the delimitation of the countries’ continental shelves and exclusive economic zones were among the main bilateral issues in the dispute, along with the breadth of their territorial waters, their national airspace above, the demilitarized status of some Greek islands and the sovereignty of insular formations that were not ceded to Greece through valid international agreements.

“However, Greece does not accept the existence of any of those problems with the exception of the continental shelf and introduced reservations to ICJ’s jurisdiction over most of these crucial issues. Isn’t it contradictory to advocate the ICJ on one hand and to maintain reservations on its jurisdiction on the other hand?” he asked.

The UNCLOS stipulates that countries with neighboring continental shelves and exclusive economic zones agree among themselves on these maritime boundaries “to achieve an equitable solution,” Gogus said.

“That is why [Turkish] President Erdogan has come up with the idea of an international conference for the eastern Mediterranean in his speech at the 75th UN General Assembly.”

Gogus underlined that Turkey never ruled out any means of peaceful settlement, including at the ICJ, based on mutual consent. However, he said that first, the sides had to exhaust other diplomatic means through existing mechanisms.

He asserted that when both sides agreed on a compromise on this issue, he did not believe “any sensible judge” would find it fair for “a tiny island” like Kastellorizo, also known as Meis island, to generate a maritime jurisdiction area of 40,000 square kilometers (15,444 square miles).

Greece has tried to claim hundreds of miles of maritime territory from the island of Meis, a 26 square km (10 square mi) island just two km (1.24 mi) from the Turkish coast yet 600 km (373 mi) from Greece.

Gogus added that Turkey’s position on the regime of the Aegean islands is also supported by numerous international court and arbitration judgments.

“In conclusion, I am an optimist. I hope and believe a solution can be found for the Aegean dispute. But the question is how to sell this to the public, especially in Greece. The ICJ might be helpful in that respect.”

Turkey sent out drill ships to explore for energy on its continental shelf, asserting its own rights in the region, as well as those of the Turkish Republic of Northern Cyprus.

Ankara has repeatedly urged negotiations with no preconditions to reach a fair sharing of the region’s resources.