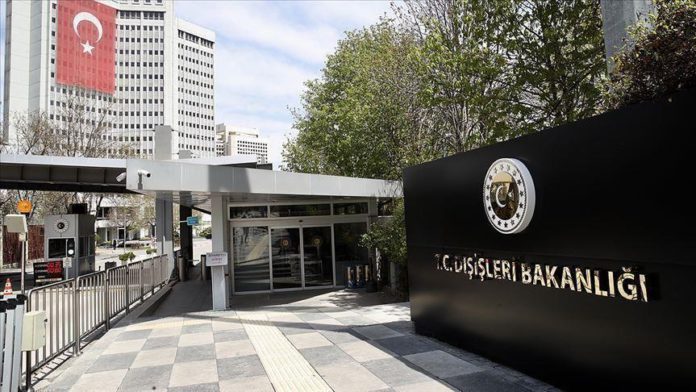 Turkey on Saturday hailed the International Criminal Court’s (ICC) ruling on jurisdiction over Palestinian territories as a “meaningful step” towards accountability of Israel for its “crimes.”

“We welcome the ICC’s finding that it has jurisdiction over Palestinian territories, including East Jerusalem, which has been occupied by Israel since 1967,” the Turkish Foreign Ministry said in a statement.

“The decision is a meaningful step towards ensuring that Israel is held accountable for the crimes it has committed in the Palestinian territories and that those responsible for these crimes are identified.”

Stressing the importance of global support for the ICC’s decision, the ministry said it could prove critical in stopping Israel’s use of “excessive and disproportionate” force against Palestinians.

“International support for the ICC decision carries great importance for establishing deterrence against Israel’s excessive and disproportionate use of force against the Palestinian people,” read the statement.

It said the decision will also contribute to the implementation of a resolution presented by Turkey on protection of Palestinians adopted by the UN General Assembly during Ankara’s summit presidency of the Organization of Islamic Cooperation.

On Friday, the ICC ruled it has jurisdiction over the occupied territories of Gaza and the West Bank, including East Jerusalem, a decision that has been praised by Palestinian officials.

Turkey to continue exploration in East Med till Oct. 22