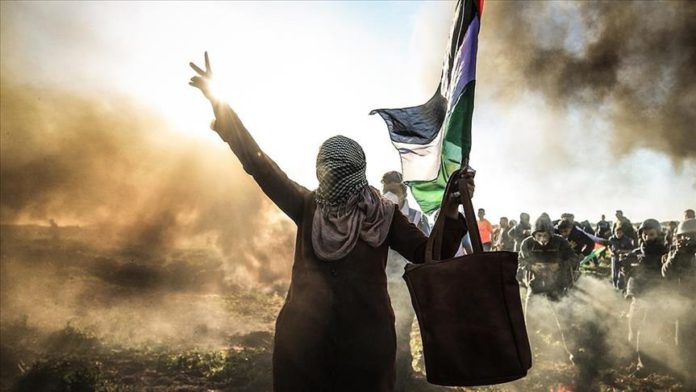 Palestinian group Hamas on Saturday hailed a decision by the International Criminal Court (ICC) to establish its jurisdiction over the occupied Palestinian territories, including East Jerusalem.

In a statement, the Gaza-based movement described the ICC ruling as “an important step” towards achieving “justice for the victims of the Zionist (Israeli) occupation”.

The resistance movement called for the completion of the “necessary steps to hold the Zionist war criminals accountable in international courts”.

Hamas said the “ICC readiness to face possible pressures [from Israel] confirms its credibility and integrity”, going on to call on the international community to “empower the Palestinian people to fulfill their basic rights to freedom, independence and self-determination”.

On Friday, ICC decided that it has jurisdiction regarding crimes committed in the Palestinian territories.

Palestinian Prime Minister Mohammad Shtayyeh praised the ruling by The Hague-based court as a “victory of justice and humanity”.

Based on the relevant UN resolution, the ICC found that the Court has territorial jurisdiction in the Gaza Strip and the West Bank, including East Jerusalem.

World's oldest man passes away at 112 in Spain