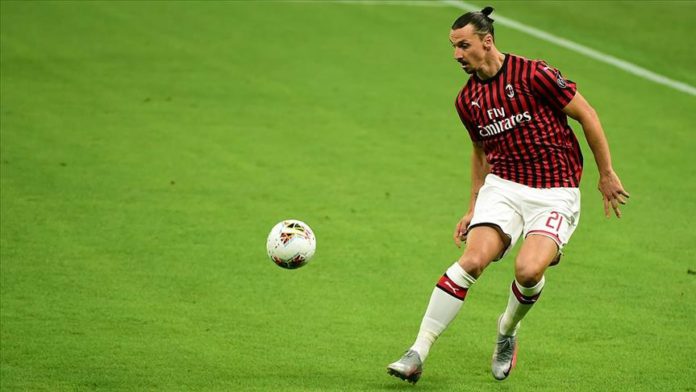 “Zlatan you are more and more of a legend. Double goal achieved. 150 goals in Serie A. 400 goals scored with clubs,” the Italian top-tier football division Serie A said on Twitter to honor the 40-year-old.

The UEFA Champions League also paid tribute to the Milan striker in a similar tweet.

“Zlatan Ibrahimovic keeps reaching new milestones at the age of 40. 150 goals scored in Serie A. 400 goals in domestic leagues,” it said.

Ibrahimovic made history in a Sunday Serie A match, scoring a powerful free kick against Roma in the 26th minute at Stadio Olimpico in Rome.

With this goal, he gave his team a 1-0 lead, but it was a special one for him.

Milan beat Roma 2-1 to sit in second spot in the Serie A standings with 31 points that they earned in 11 matches.

Similar to Milan, Napoli racked up 31 points, but the Naples team are leading the league on goal average. Third-place Inter Milan have 24 points, and Roma are fourth with 19 points in the Italian league.

One of the greatest players of the game, Ibrahimovic has a contract with Milan until June 2022.

During his football career of over two decades, Ibrahimovic played for many clubs such as Malmo, Ajax Amsterdam, Barcelona, Paris Saint-Germain, Manchester United and Los Angeles Galaxy.

He has also played for Juventus, Inter Milan and AC Milan while in Italy.

Football: Besiktas ease past Denizlispor at away