TurkishPress
Home News 'I get it and I'll fix it': UK's Boris Johnson responds to... 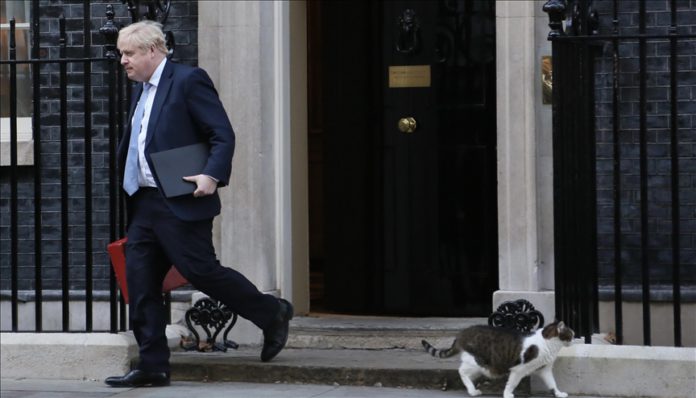 British Prime Minister Boris Johnson said on Monday that he is “sorry for the things we simply didn’t get right and sorry for the way this matter has been handled” over the findings of a report into lockdown parties.

“It isn’t enough to say sorry. This is a moment where we must look at ourselves in the mirror and we must learn,” he said in a statement at the House of Commons.

Johnson said he accepts the findings of Sue Gray’s report “in full,” and the result of the police investigation into parties should be awaited. “I get it, and I will fix it,” he added.

His remarks followed a report compiled by the senior civil servant into the parties held at the prime minister’s office in Downing Street during strict coronavirus restrictions, when public was asked not to meet others.

The report published earlier in the day concluded that a number of gatherings “should not have been allowed to take place or to develop in the way that they did.”

The report underlined the “failures of leadership and judgment by different parts of Number 10 and the Cabinet Office,” hinting a direct criticism to Johnson’s leadership.

Gray, however, said she was “extremely limited in what I can say about those events and it is not possible at present to provide a meaningful report setting out and analysing the extensive factual information I have been able to gather.”

In the concluding paragraph, the report said “there is significant learning to be drawn from these events which must be addressed immediately across government” and that “this does not need to wait for the police investigations to be concluded.”

Already under fire due to the parties that attracted collective criticism from opposition, some of his own party MPs and public members, Johnson was once again asked to resign.

Keir Starmer, the leader of Labour Party, said “there is evidence of serious and flagrant breaches of lockdown.”

“There can be no doubt that the prime minister is now subject to criminal investigation,” he said.

Starmer said that “our national story of COVID is about one of people who stood up when they were tested,” adding this will be “tainted” by the PM showing himself as someone “unfit for office.”

“Rather than clean, every step of the way he has insulted the public’s intelligence,” he added.

Starmer said: “Margaret Thatcher once said the first duty of government is to uphold the law – if it tries to bob and weave and duck around that duty when it is inconvenient then so will the governed.”

“Whatever your politics, whichever party you vote for, honesty and decency matters. Our great democracy depends on it, and cherishing and nurturing democracy is what it means to be patriotic.

“There are members opposite who know that they that and they know the prime minister is incapable of it. The question they must now ask themselves is what are they going to do about it.”

Ian Blackford, the Scottish National Party leader in the House of Commons, said Johnson “has misled the House” and therefore “he must resign.”

Blackford said the SNP will table a motion calling for the report to be published in full.