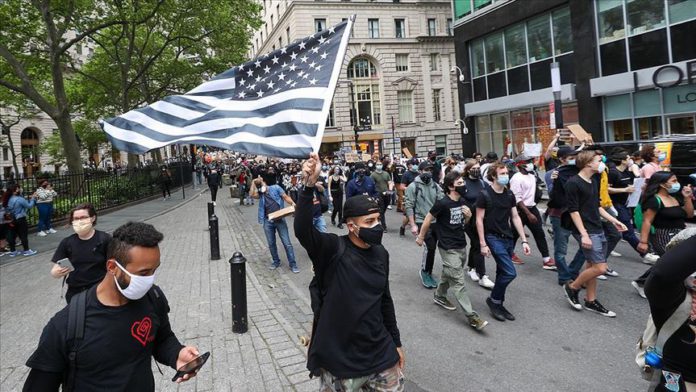 US has been rocked by nationwide protests with demonstrators calling for an end to police brutality against blacks after video of an unarmed man being killed by police appeared on social media last Monday.

During protests, demonstrators chanted “Black Lives Matter,” “No Justice, No Peace,” and “I can’t breathe,” after George Floyd died at the hands of police violence in Minneapolis, Minnesota.

Floyd’s death has strong parallels to Eric Garner, who died during a 2014 arrest in New York. Garner also repeatedly pleaded with officers: “I can’t breathe.”

The phrase becomes a rallying point for protesters demonstrating against the killings of unarmed black men and women by police. It has continued to resonate nearly six years later.

Floyd, a 46-year-old African-American, was filmed gasping for air and pleading for breath as Derek Chauvin, a white police officer, kneeled on his neck for nine minutes. His last words “I can’t breathe,” became the slogan of nationwide protests.

Thousands flooded to the streets of Minneapolis to protest Floyd’s death and the violent police response. Four officers involved in Floyd’s death are fired.

Demonstrators gathered at the Minneapolis Police Department’s 3rd precinct and the site of Floyd’s murder.

Protests spread to major cities across the country, including Los Angeles, California, and Memphis, Tennessee.

A second night of protests in Minneapolis is marred by looting and arson.

More cities, including New York City, Denver, Phoenix and Columbus, and Ohio, become the scene of peaceful and violent protests.

In Louisville, Kentucky, demonstrators protested the murder of Breonna Taylor, a 26-year-old black woman who was fatally shot by police in March.

Chauvin, 44, is charged with third-degree murder and manslaughter, sparking more protests after demonstrators demand upgraded charges and arrests for the other officers.

The US president sparks anger after calling protesters “thugs” and said on Twitter: “When the looting starts, the shooting starts.” The tweet was quickly labeled as “glorifying violence” by the microblogging site. 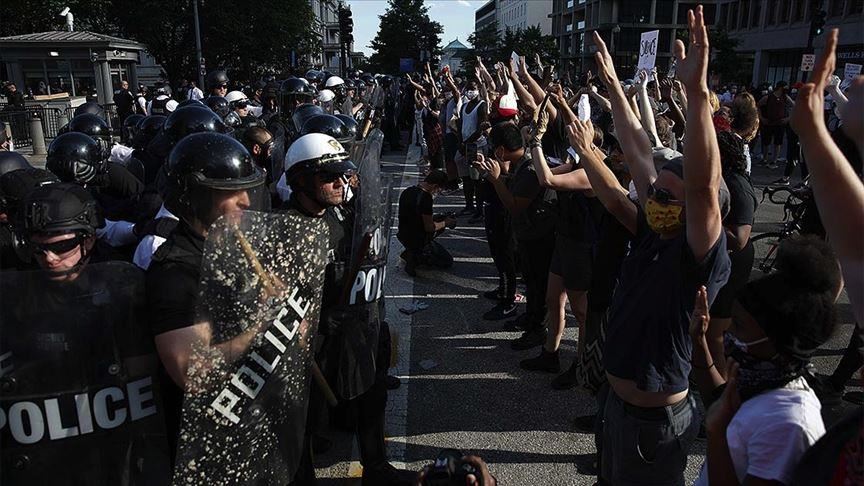 Governor Walz said violent protests in Minneapolis were “no longer” about the death of Floyd but about “attacking civil society, instilling fear and disrupting our great cities.”

He authorizes “full mobilization” of the state’s National Guard.

On a second day of protests around the White House, protesters demand the arrest of the other three officers, justice for Floyd and an end to police brutality against blacks, clash with police, damage three police vehicles and set fire to a car.

National Guard soldiers are activated in some states

A semi-truck drives through a crowd of thousands of protesters marching on a highway in Minneapolis. Authorities announce the arrest of the driver.

In San Diego, California, a group of demonstrators hurl rocks at police, who in return use tear gas to disperse the crowd. Looting takes place in cities including Santa Monica and San Jose. 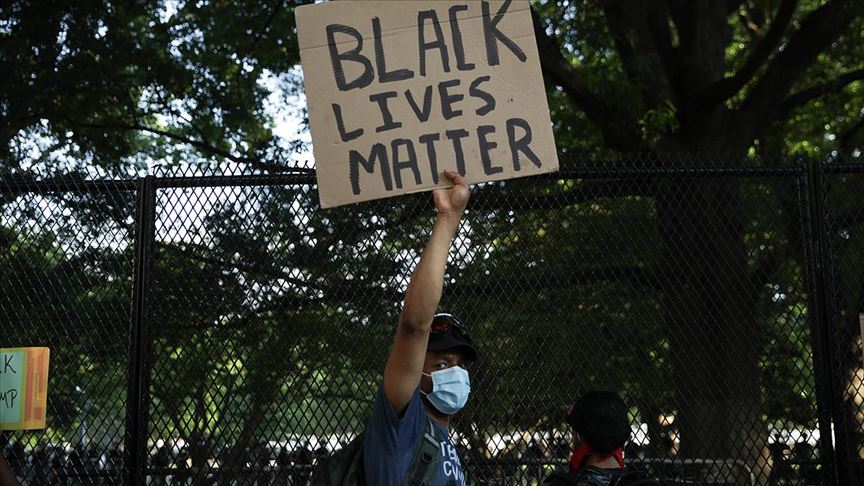 Floyd was killed by “asphyxiation from sustained pressure,” an independent autopsy finds.

Doctors Michael Baden and Allecia Wilson determine his death “was homicide caused by asphyxia due to neck and back compression that led to a lack of blood flow to the brain,” according to Ben Crump, an attorney hired by the Floyd’s family.

Trump threatens to deploy the military if states and cities fail to quell violence during protests during a White House briefing.

He later makes a controversial visit to St. John’s Episcopal Church in Washington, DC after police use tear gas and flash bangs to clear protestors from a park across from the White House.

Curfews are extended in major cities including Minneapolis, New York City and the US capital.

During protests in Buffalo, New York, an SUV plows into police, reportedly injuring an officer.

Minnesota launches a sweeping civil rights investigation of the Minneapolis Police Department, which Walz says “will investigate the department’s policies, procedures, and practices over the past 10 years to determine if they engaged in systemic discriminatory practices.”

In the US capital, protests are peaceful despite large numbers of demonstrators before an 8 p.m. curfew 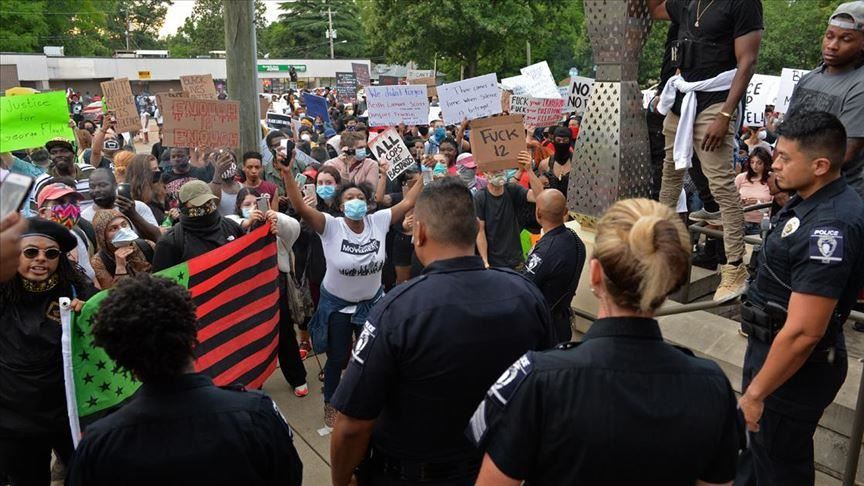 Chauvin, who had already been charged with third-degree murder, will now face second-degree murder charges. The other former officers — Tou Thao, J. Alexander Kueng and Thomas Lane — are charged with aiding and abetting murder in the second degree, a felony offense.

Floyd will be laid to rest after memorials in Minneapolis, Houston, Texas and North Carolina.