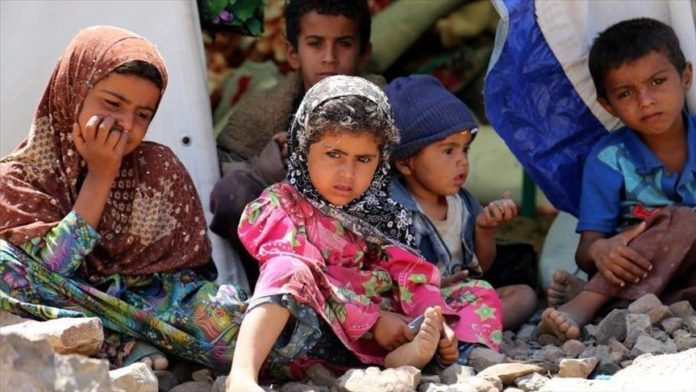 The United Nations’ World Food Programme (WFP) said on Sunday it documented cases where Yemeni families are forced to eat leaves because of hunger in their war-torn country.

The WFP said hunger in Yemen is rising amid the Arab country’s “conflict and economic decline.”

“Families in some of the worst-hit areas of Yemen, like Hajjah [northwest Yemen], are resorting to desperate measures like eating leaves to survive,” the WFP said in a statement on Twitter, with a photo of a Yemeni civilian cooking leaves.

Last month, the UN humanitarian organization said it will reduce food assistance to war-torn Yemen as of January due to funds shortage.

According to the WFP, more than 16 million Yemenis, half of the country’s population, suffer from acute hunger, while 2.3 million children are at risk of malnutrition.

A Saudi-led coalition aimed at reinstating the Yemeni government has worsened the situation, causing one of the world’s worst human-made humanitarian crises, with nearly 80%, or about 30 million people, needing humanitarian assistance and protection and more than 13 million in danger of starvation, according to UN estimates.

France looks to see out virus-hit summer with caution