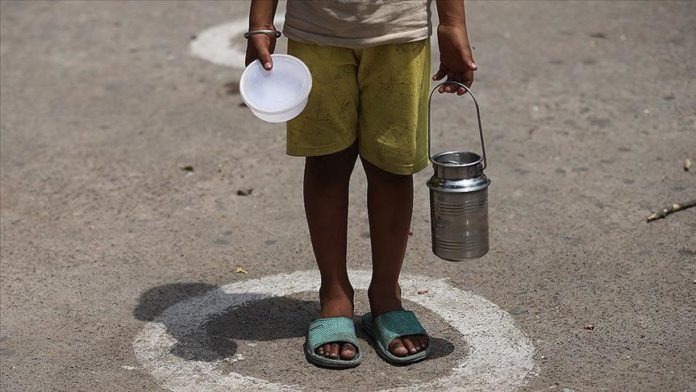 The awarding of the Nobel Peace Prize to the World Food Programme (WFP) turned the global spotlight on almost 700 million hungry people across the world, whose conditions were further aggravated by the pandemic, WFP’s executive director said on Friday.

“Every one of the 690 million hungry people in the world today has the right to live peacefully and without hunger,” Beasley said, stressing the Nobel Committee “turned the global spotlight on them and on the devastating consequences of conflict,” further aggravated by climate shocks and economic pressures.

“And now, a global pandemic with its brutal impact on economies and communities, is pushing millions more to the brink of starvation,” he added.

The novel coronavirus pandemic has contributed to an upsurge in the number of hunger victims around the world, the Nobel committee said, pointing to countries, like Yemen, the Democratic Republic of Congo, Nigeria, South Sudan and Burkina Faso.

It noted that the WFP has demonstrated “an impressive ability to intensify its efforts,” amid the emergency.

WFP “works closely with government, organizations and private sector partners whose passion for helping the hungry and vulnerable equals ours,” Beasley said, adding “we could not possibly help anyone without them.”

With the world in danger of a hunger crisis, the Nobel committee praised the WFP for “acting as a driving force in efforts to prevent the use of hunger as a weapon of war and conflict.”

In his statement, Beasley also highlighted the link between conflicts and hunger.

“Today is a reminder that food security, peace and stability go together,” he said.

“Without peace, we cannot achieve our global goal of zero hunger; and while there is hunger, we will never have a peaceful world.”

The Italian Foreign Ministry congratulated the WFP for its Nobel prize, saying “we are proud to host you in Rome and to work together for food security and Zero Hunger in the world, including the areas needing humanitarian assistance.”

WFP’s reports show that the economic outlook — and risks of food insecurity — continued to darken due to the effects of the coronavirus pandemic, posing further threats to regions in Africa that are already battling extreme poverty.

An estimated 265 million people could go hungry in 2020, nearly doubling 2019 figures, according to WFP’s forecasts.

To help vulnerable populations cope with the pandemic and its economic fallout, the WFP has been focusing on maintaining effective operations despite the sanitary emergency.

It is cooperating with local governments to help build safety nets to shield people who are losing jobs and becoming exposed to extreme poverty.

UN resolution: US blockade on Cuba must end