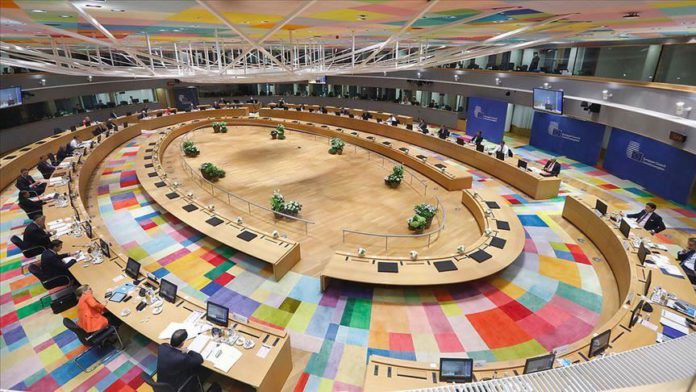 The Hungarian prime minister on Wednesday accused the EU of “blackmailing” countries which oppose its immigration policies through budgetary sanctions.

Viktor Orban’s remarks came a day after Hungary, along with Poland, vetoed the bloc’s 2021-2027 budget and post-coronavirus recovery fund.

“After accepting the current proposal there would be no barrier against tying the disbursement of funds to member states to supporting immigration and blackmailing those countries that oppose immigration with budgetary sanctions,” Orban said in a statement published by the state news agency MTI.

Orban added that in Brussels, they only view countries which let migrants in as those “governed by the rule of law”.

“Once this proposal gets adopted, there will be no more obstacles to tying member states’ share of common funds to supporting migration and the use of financial means to blackmail countries which oppose migration.

“Those who defend their borders and defend their countries against immigration can no longer be classified as law-abiding in Brussels,” said Orban.

Meanwhile, Slovenia urged the EU to revert back to the rule of law fudge endorsed by Hungary and Poland at this summer’s acrimonious summit to agree on the budget and coronavirus bailout.

The Prime Minister of Slovenia Janez Jansa in his letter to EU leaders voiced his objections to draft proposals that would allow Brussels to cut funding to member states considered a threat to the rule of law in their country.

Jansa announced his opposition to plans that would make access to funding conditional in the next EU budget and slammed the EU for double standards.

Hungarian and Polish officials earlier warned they would vote against the clause which links access to EU funding with adherence to the rule of law.

The EU needs a consensus of all 27 member states to pass the financial package that also covers the coronavirus recovery fund.

Lawmakers also asked for a stronger rule of law conditionality, implying that the EU budget transfers could be suspended or stopped if a member state system proves to have deficiencies — such as uninvestigated corruption or compromised judicial independence — which might affect the bloc’s financial interests.