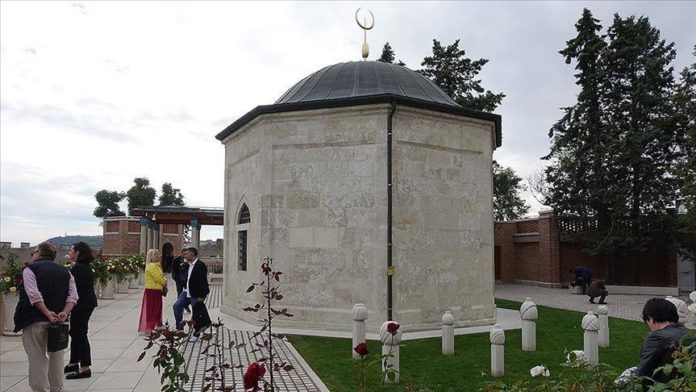 An Ottoman era monument in the capital of Hungary won two awards Wednesday at the 2020 Prix d’Excellence Awards.

The Tomb of Gul Baba in Budapest was completely renovated through cooperation of the Turkish and Hungarian governments in 2018.

It won the golden award in the Public Infrastructure category and silver in the Heritage category when the International Real Estate Federation (FIABCI) evaluated the most prestigious projects from all over the world.

It was built by Ottoman authorities in Hungary between 1543 and 1548 in the name of Gul Baba, an Ottoman Bektashi dervish poet and companion of Sultan Suleiman I.

The tomb has become one of the most important tourist attractions in Budapest.

The fact that the Tomb of Gul Baba was deemed worthy of two awards in the same competition highlights the international importance of the restoration of the monument.

He said the pride and honor are the outcomes of the joint success of the Hungarian and Turkish governments, which restored the historical structure together and share many commonalities in their past, values and vision for the future.

The Gul Baba Tomb was built by Yahya Pasazade Mehmet Pasha, who was the third Budin Beylerbeyi from 1543-1548.

The ”Spiritual Guard of Budin,” symbolizes Turkish-Hungarian friendship and is located in the district known as the Rose Hill (Rozsadomb) in Budapest.

July 3, 2020
We use cookies to ensure that we give you the best experience on our website. If you continue to use this site we will assume that you are happy with it.Ok