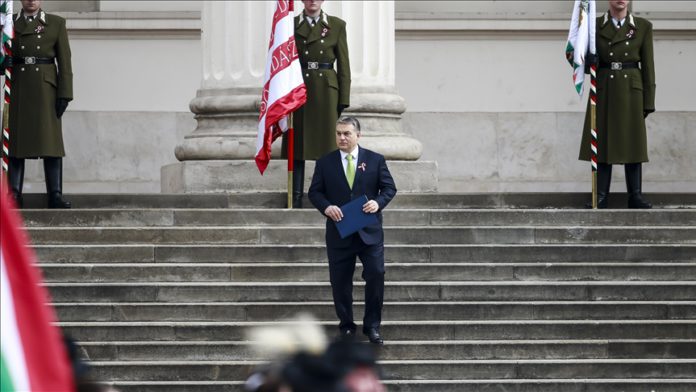 Speaking at a meeting with Russian President Vladimir Putin in Moscow, Orban noted that he is going to seek another term.

“To be honest, I don’t plan to leave. There are elections in April. I’m going to win, so I have a reasonable suggestion that we’ll see each other in the future within two years,” he said.

The premier added that in 2021 Hungary faced two major challenges connected to deliveries of coronavirus vaccines and gas prices skyrocket.

“We are really going through difficult times. The year 2021 turned out to be the most successful in cooperation between our countries. There were two main challenges. In both cases, Russia helped us,” he said.

Orban said he would like to discuss the increase of gas deliveries from Russia to Hungary at today’s meeting in Moscow.

“Taking into account the fact that the whole of Europe is currently experiencing energy, or rather gas crisis, it was very important to conclude long-term contracts. Thank you for signing them. During our meeting today, I would like to achieve the goal of increasing the volume of supplies,” he said.

The Hungarian leader also noted that his visit is also “a peace mission,” as “no leader of the European Union or member states would want war,” everybody stands for a political solution to the Ukrainian crisis, he stressed.

For his part, Vladimir Putin said Moscow would work with any leader elected by the Hungarian people but appreciates Orban’s contribution to developing the bilateral ties.

“We usually say in such cases, when our partners are planning elections, that we will work with any elected leadership. But I should note that based on the results of your work in the Russian direction, a lot has been done in the interests of the Hungarian people and in the interests of Russia. I hope that such mutual work will continue,” he noted.

Putin said Russia and Hungary are trying to fight against COVID-19 jointly; in the framework of these efforts, Russia delivered to Hungary over 2 million doses of Sputnik V vaccine, and right now, the two countries are working out the issue of transferring the technology for the Sputnik V production in Hungary.

The Russian president said the contracts on gas deliveries signed between Russia and Hungary are a result of the joint work with Orban.

The contracts ensure stable gas supplies from Russia to Hungary until 2036 and allow Budapest to buy the fuel five times cheaper than the market price in Europe, he noted.

Putin also said it is important to him to brief Orban about the security situation in Europe and to inform him about the recent developments on this track.

Ex-Galatasaray forward Baros to retire at end of season