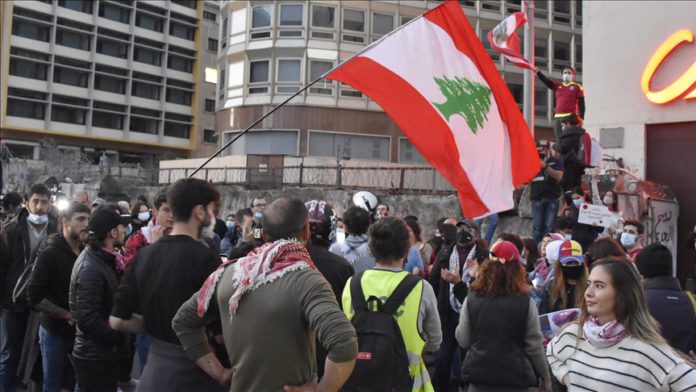 Hundreds of Lebanese demonstrated in the capital Beirut on Sunday over deteriorating economic and living conditions in the country.

The protest was organized by the Lebanese Communist Party with demonstrators carrying banners demanding housing services, education and healthcare services.

“This country belongs to the working class” and “End capitalism” were among slogans changed by protesters.

The party was founded in the 1920s and has always been in opposition to successive authorities ruling the country. It has never won a parliamentary seat since its inception.

The demonstrators rallied in front of the Central Bank and marched to the Government Palace amid tight security measures.

Addressing the demonstrators, party secretary-general Hanna Gharib called for “building a secular and democratic state, and building a national coalition alternative to the current political system.”

“We went to the streets to hold accountable those responsible for the economic collapse,” Gharib said, adding that “whoever failed to manage the country must go.”

Protests have escalated in Lebanon in recent weeks amid worsening political crisis and deteriorating economic conditions, the worst since the end of the civil war in 1990.

Former Prime Minister Saad Hariri was designated to form a new government but is still at odds with President Michel Aoun over matters related to it.