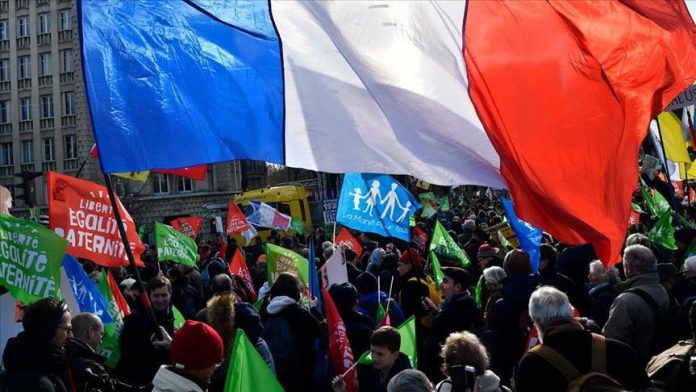 Three hundred protesters stood in the cold in front of France’s Senate on Wednesday to demonstrate against a bill being reviewed there this week involving assisted reproductive technology.

The latest demonstration comes after thousands of opponents of the controversial legislation took to the streets of Paris on Sunday.

Those protesting are part of a movement called La Manif Pour Tous (The Strike For All) whose members are seeking to protect traditional conception but are also against a bill that very much blurs the line between natural procreation and manipulation.

Those against the bill say it amounts to commodifying the