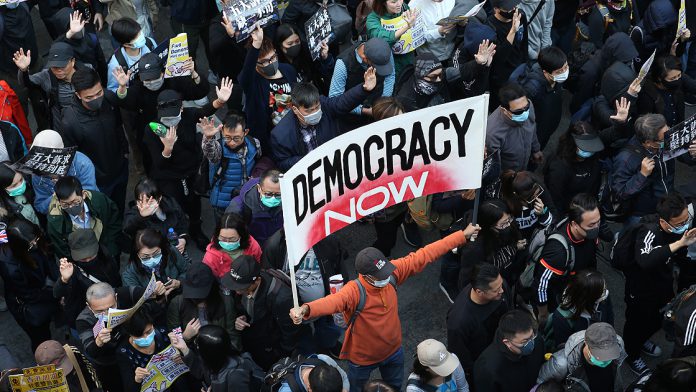 Hundreds of thousands of Hong Kong residents took to the streets Sunday in demonstrations two weeks after a victory in local elections buoyed the movement, which has led to months of protests, reported local media on Sunday.

Hundreds of thousands take to streets of Hong Kong

On the eve of the six-month anniversary of the protests, the Hong Kong police gave the Civil Human Rights Front a permit to hold a march, where they chanted slogans like “Fight for Freedom” and “Stand by Hong Kong.”