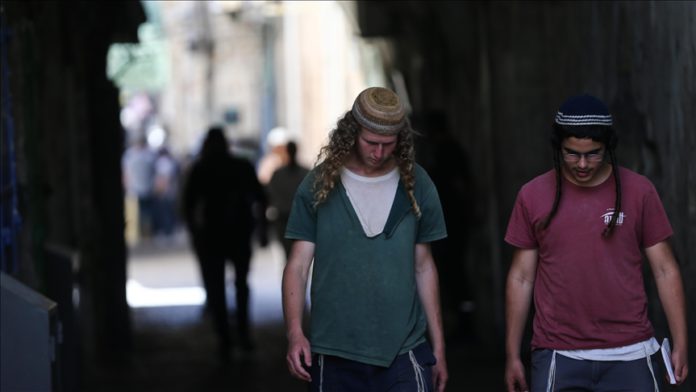 In a statement, the Islamic Endowment Department in Jerusalem said that 1,210 settlers broke into the complex through its Israeli-controlled Al-Mughrabi Gate, southwest of the mosque, and performed their rituals inside.

According to eyewitnesses, groups of settlers attempted to storm the complex through the Bab Huta Gate and King Faisal Gate but were confronted by Palestinian worshippers.

Earlier Sunday, Israeli forces shut all entrances and gates to the Al-Aqsa complex.

Israeli settler groups have called on supporters to force their way into Al-Aqsa complex in large numbers on Sunday to mark what they call the “destruction of the temple” in ancient times.

On Saturday, hundreds of settlers staged a march in occupied East Jerusalem ahead of their planned incursions on Sunday.