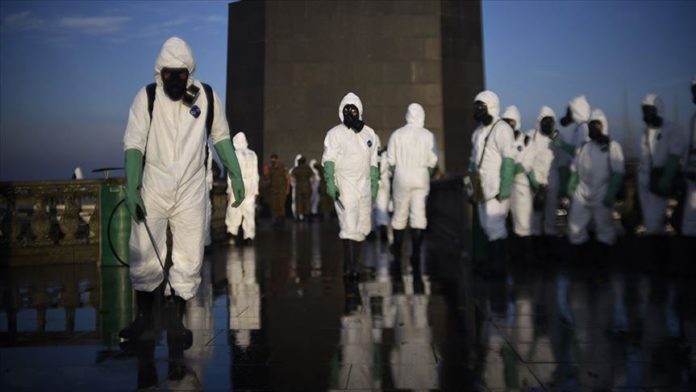 The novel coronavirus continues to claim lives across world, with Brazil and Mexico registering hundreds of new deaths and cases.

According to the Brazilian Health Ministry, 1,060 people died due to the virus, bringing death toll to 106,523, whereas the tally of confirmed cases rose to 3.27 million with over 50,000 new cases.

Nearly 2.4 million people have recovered from the virus in Brazil, known as the epicenter of the outbreak in Latin America.

According to the country’s Health Ministry, the current death toll and official cases stand at 55,908 and 511,369, respectively.

More than 345,600 people have fully recovered from the virus in Mexico where the first case was observed on Feb. 28 and death on March 19.

The pandemic has claimed some 764,000 lives in 188 countries and regions since it originated in China last December.

The US, Brazil, India, and Russia are currently the worst-hit countries.

More than 21.16 million cases have been reported worldwide, with recoveries exceeding 13.27million, according to figures compiled by the US’ Johns Hopkins University.