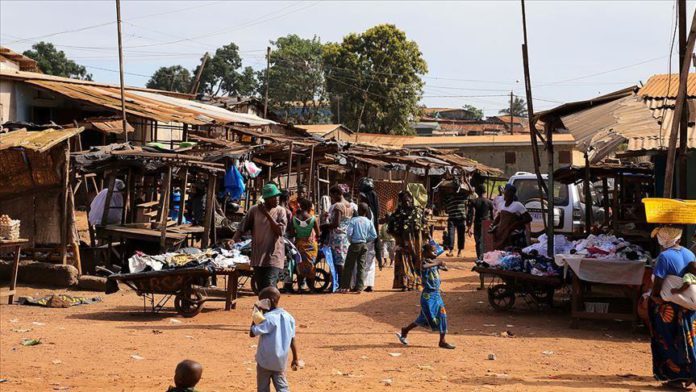 Over 400 people have fled from a coronavirus quarantine site in southern Malawi, sparking criticism of lax government measures and fears of a potential outbreak, local media reported on Wednesday.

According to news website Nyasa Times, more than 400 Malawians who recently returned from South Africa — the continent’s hardest-hit country in the pandemic — were quarantined at a stadium in the city of Blantyre.

All of them were supposed to be tested for COVID-19 and it remains unclear whether the tests were conducted before they escaped.

The incident came just a day after eight people who had tested positive for COVID-19 fled from an isolation center in Blantyre, the report said.

The Malawian government is already under fire for its inadequate response to the coronavirus crisis, particularly its handling of people entering the country, according to the report.

It said there were no measures to monitor people’s movement at the Blantyre quarantine center, and they were even allowed to go out to buy food and other essentials.

People quarantined at the stadium had earlier complained of lack of water, food, and sanitation facilities at the center, the report added.

Dorothy Ngoma, a local activist, told Nyasa Times that the escape of such a large number of potential virus carriers was extremely worrying and puts all of Malawi — which has 101 cases and four deaths so far — at even greater risk.

However, she added, it was not entirely unexpected, given the poor planning and management displayed by the government.

Coronavirus cases are increasing at an alarming rate all across Africa, with more than 5,000 confirmed on Thursday, the continent’s highest single-day spike to date.

According to the latest Africa Centres for Disease Control and Prevention update, 5,091 new COVID-19 cases raised the overall count up to 124,482, while 107 more fatalities brought the death toll to 3,696.

The pandemic has claimed over 356,000 lives in 188 countries and regions since originating in China last December. The US, Brazil and Russia are currently the world’s worst-hit countries.

Over 5.71 million cases have been reported worldwide and more than 2.36 million people have recovered so far, according to figures compiled by the US’ Johns Hopkins University.

US sending FBI, DHS officials to Haiti after president’s assassination