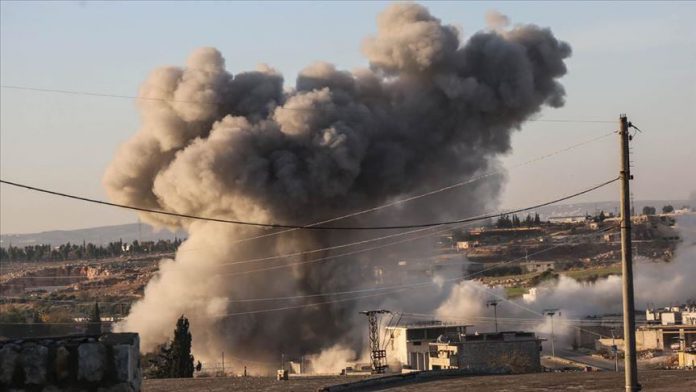 Intense attacks by Bashar al-Assad’s regime, Russia and Iran backed-groups have forced thousands of civilians to flee from Syria’s Idlib province which has been designated de-escalation zone.

Since the offensive began last week, the regime and its allies have launched a military campaign mainly in the cities of Maarat Al-Numan and Saraqib as well as the surrounding rural areas.

The offensive has targeted hospitals, schools, mosques and houses to force civilians out of the cities and keep them away from their homes, according to Syria’s Response Coordination Group.

Malaysia in dilemma over US sanctions on Iran