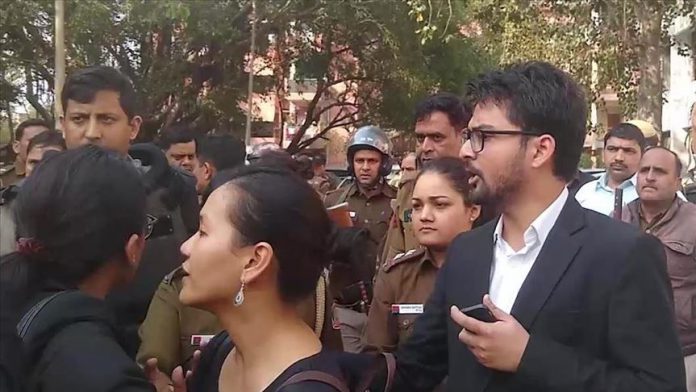 Tension continues in riot-affected areas of the Indian capital New Delhi, with police on Wednesday allegedly braking up another protest in the eastern part of the city and barring human rights lawyers from counsel the detainees and later baton charging them.