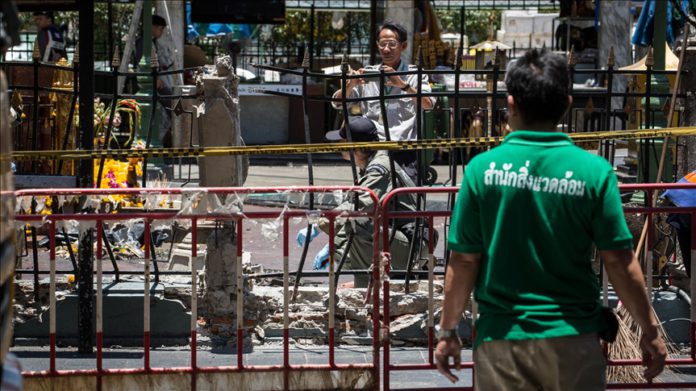 A large explosion and fire at a factory on the outskirts of Thailand’s capital early on Monday has killed at least one person, with more than 60 injured, according to officials.

The Disaster Prevention and Mitigation Department said the inferno began with an explosion of unknown origin at about 3.20 a.m. local time (2020GMT Sunday).

Homes within a five-kilometer radius were evacuated amid fears of further explosions of the reported 50 tonnes (55.1 tons) of chemicals stored on the premises.

Local disaster authorities said 70 houses were damaged in the blast.

“The flames are quite high so it takes quite an effort,” he said, as the rescue effort was underway.

“Rescuers also are spreading out because we receive calls for people who have injuries from the explosion from the extended area, one or two streets away from here. There are reports of falling debris, injuries from debris impacts on peoples’ heads,” he added.