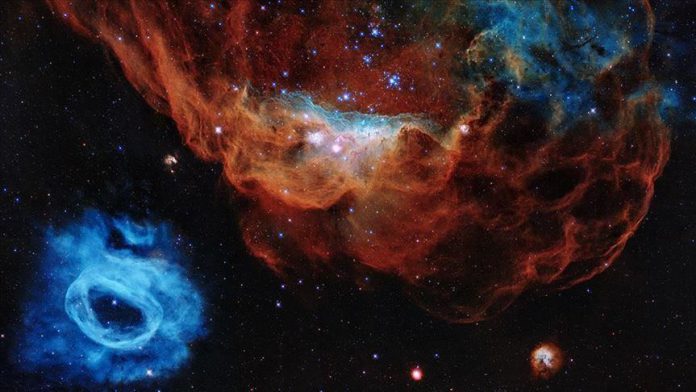 Scientists on Friday celebrated the Hubble Space Telescope’s 30th anniversary with a new image of a satellite galaxy of the Milky Way.

In a statement, US space agency NASA said the galaxy in the image — located 163,000 light-years away — away from Earth — and included the giant red nebula NGC 2014, as well as its smaller blue neighbor NGC 2020.

The nebulae are part of a vast star-forming region in the Large Magellanic Cloud, NASA said of the image, which was dubbed the “Cosmic Reef” by astronomers due to its resemblance of an undersea world.

The world becomes cleaner, as emissions fall in April