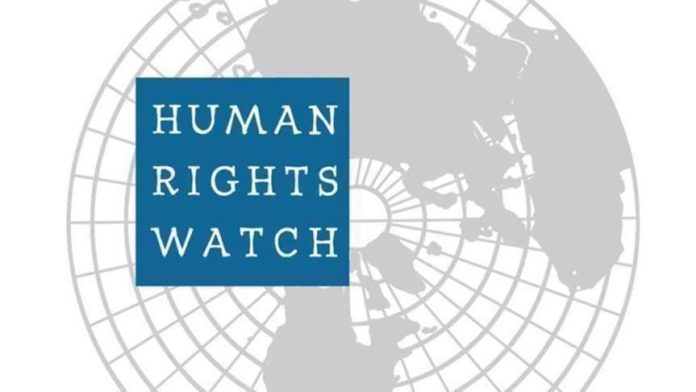 Human Rights Watch (HRW) on Wednesday accused the Saudi authorities of holding hundreds of migrants in an inhuman conditions amid no procedures to protect them from the coronavirus pandemic.

According to a report released by the US-based HRW, the migrants were held in tiny overcrowded rooms for extended periods as well as many of them were subjected to torture and beating by the guards in the deportation center in Riyadh.

Commenting on the report, Nadia Hardman, refugee and migrant rights researcher at HRW, said that “Saudi Arabia, one of the world’s richest countries, has no excuse for detaining migrant workers in appalling conditions, in the middle of a health pandemic, for months on end.”

HRW said that the migrants who spoke to HRW alleged that three of their colleagues were killed while in custody as a result of the torture in October and November.

However, HRW said it has yet to verify such allegations independently.

The report added that the interviewees told HRW that the migrants who were mostly held due to expiry of their residence permits, were held with no measures to protect them from the pandemic.

The report ended with urging the Saudi authorities to end such alleged violations and release the migrants immediately.

“Saudi Arabia should act fast to end the abusive conditions in the Riyadh deportation center and contain the potential of a devastating outbreak of COVID-19.” said Hardman.

COVID-19 deaths on the rise again globally: WHO chief