TurkishPress
Home News How should world channel aid to Lebanon in wake of blast? 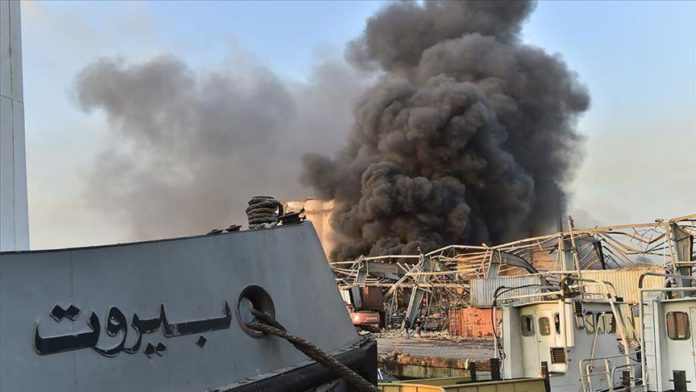 Amid growing public anger after the deadly blast in Beirut and the country’s government stepping down in disgrace, getting international aid to Lebanon now seems more critical than ever, but the question of how best to do that poses serious challenges.

On Aug. 4, the explosion of a warehouse in the Lebanese capital filled with nearly 3,000 tons of ammonium nitrate took at least 200 lives, also leaving around 6,000 injured and 300,000 people homeless in the massive blast zone.

The damage is estimated to exceed $7 billion – equivalent to 14% of the country’s 2019 GDP – according to a report by the Institute of International Finance (IIF).

But Beirut’s governor says in fact this figure may soar as high as $10-15 billion.

Given the huge humanitarian and economic fallout from the deadly blast, one thing is clear: Lebanon will have to get a large injection of international aid.

But with its government in tatters, how, and through whom?

Speaking to Anadolu Agency, Ricardo Hausmann, founder and director of the Growth Lab at Harvard’s Center for International Development, said there is no easy solution for doing this without effective government.

“A disaster can happen anywhere, in natural disasters, but this one is man-made, caused by ineffective government,” said Hausmann.

Lebanon’s government was not even able to keep a major cache of highly volatile material away from populated centers, he added, referring to how the ammonium nitrate first arrived in 2013, on board a Moldovan-flagged, Russian-owned cargo vessel, and then went into a warehouse in 2014, a deadly, hidden menace.

“So obviously, there’s going to be relatively little trust in the capacity of the government to manage things effectively,” he said.

No effective government, no easy solution

He explained that after a disaster, there is a big divide between countries that have effective governments and those that do not.

Citing Haiti, which was hit by tragic earthquake in 2010, Hausmann stressed there was a similar major push by the international community to collect donations and pledges in the aftermath.

Yet, at that time, he added, the perception was that the Haiti lacked an effective government, and that this posed a problem for aid delivery.

International donors thus “had to create a parallel structure to handle the effort,” he explained.

“But the question is, how effective are effective parallel structures?”

According to him, such parallel structures that try to step in for sub-standard government are not very effective, and in fact become very costly and tangled up in red tape and bureaucracy.

“The world wants to help, but it’s faced with an ineffective government that is also responsible for the crisis,” he said.

This is why it makes sense for the international community not to trust the government and to decide for itself what channels it should use to deliver help, said Hausmann.

Turning to parallel structures may seem a good choice, but in fact these structures tend to be much less effective than an effective government, he stressed.

And now, in the aftermath of the deadly blast, he said: “The first best is not available, [as] there is no effective government in Lebanon. But the alternative is not that great.”

A good government is supposed to do two basic things, he explained:

“One thing that a good government is supposed to do is to keep the peace.

“And another thing that it is supposed to do is provide effective rule of law and government services.”

In the case of Lebanon, a country long plagued by sectarian strife, he said, keeping the peace became more important than having a government that was effective in providing the rule of law, infrastructure, and so on.

Lebanon faces many challenges, as it went through a 14-year civil war that was a war between factions, said Hausmann.

“So the end of the war implied distributing power across the factions in government and by having that coalition government, they were able to keep the peace.”

“But,” he cautioned, “they were not able to run an effective government, because everyone was managing their little fiefdom.”

Reconstruction in the wake of Lebanon’s deadly blast will take years and cost billions, said Hausmann, and the question is: Who will manage the money for the reconstruction phase?

“If there’s a new government, there can be an agreement among all the parties to delegate [authority] to a technocratic government that is trusted by society and by the international community.”

And such a government “may mean that aid may become more effective,” he said.

Aid delivery ultimately does more good when it is done by an effective government, he stressed.

Considering the political, social, and economic facts on the ground, one thing becomes clearer for Lebanon, namely that its hardships lying ahead just became more visible.

Implementing political change and economic reforms in such an environment seems to be more challenging than ever.

Lebanon could thus be a case study for international development studies, and its success or failure in dealing with the bad hand of cards it was dealt could help countries in a similar spot avoid Lebanon’s fate.

5 children have died of coronavirus in UK: Study