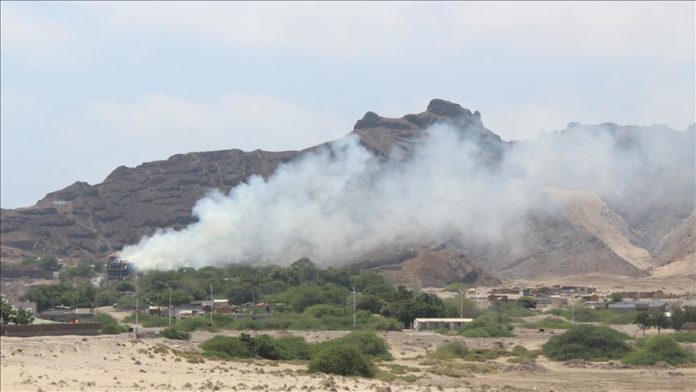 The Saudi-led coalition announced Tuesday that Yemen’s Houthi rebels launched two ballistic missiles from the capital Sana’a which fell short and landed in the cities of Amran and Sadah.

The attacks were continued violations of a ceasefire and de-escalation that was initiated by the coalition, the Saudi Press Agency quoted coalition spokesperson Turki al-Maliki as saying.

Maliki said the Houthis have violated the truce over 2,400 times using light and heavy weapons as well as ballistic missiles.

On April 8, coalition forces led by Saudi Arabia declared a two-week ceasefire in Yemen amid the novel coronavirus outbreak and on April 24 announced a one-month extension.

Meanwhile, a delegation of Houthi officials discussed the ongoing crisis in the country with the Yemeni ambassadors of the permanent member states of the UN Security Council via video conference, according to the official Saba news agency.

Five years of conflict have has left thousands of civilians dead and nearly 3.7 million internally displaced, according to the UN.