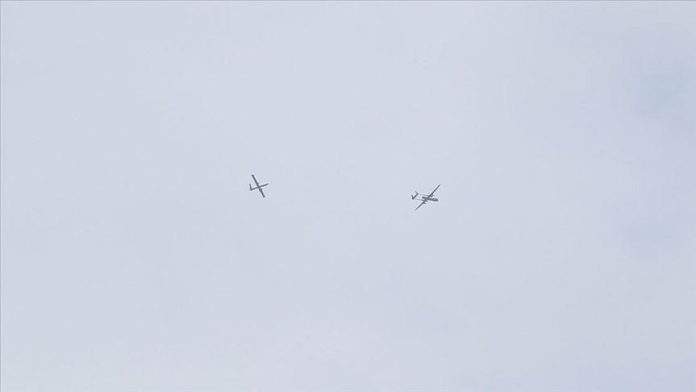 Houthi rebels in Yemen said on Friday they targeted an airbase in southern Saudi Arabia with an explosive-laden drone.

“The UAV air force (of the group) managed to retarget the King Khalid Air Base in Khamis Mushait area on Friday morning with a 2K Qasef drone,” said Yahya Saree, the Houthi military spokesperson.

Saree said the drone “hit an important position” at the airbase, but did not specify further.

He added that this came in response to “the continued aggression and blockade imposed on our country [Yemen].”

The Saudi-led Coalition in Yemen has yet to comment on the Houthi claim.

Earlier, the Houthis said they targeted the King Khalid Air Base with 2 booby-trapped drones in addition to targeting Saudi Aramco oil company in southern Jazan, with a third drone.

The coalition said in a statement it intercepted three Houthi drones.

Yemen has been ravaged by violence and instability since 2014, when Houthi rebels captured much of the country, including the capital Sanaa.

It has since caused one of the world’s worst man-made humanitarian crises, with 80% of the population in need of assistance and protection.