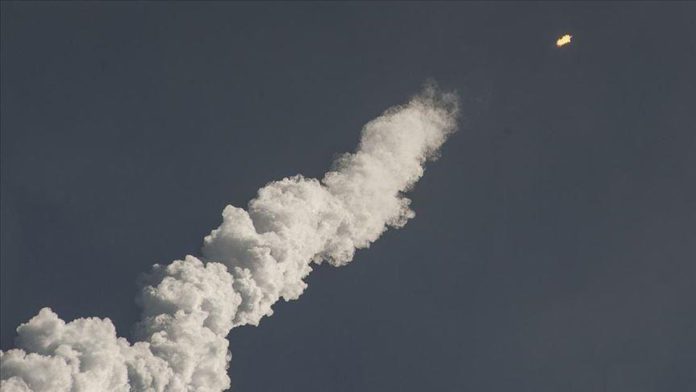 Five Saudi civilians were injured Tuesday when a projectile fired by Houthi rebels in Yemen struck the southern Saudi region of Jazan.

Mohammed Al-Ghamdi, spokesman for the Civil Defense in Jazan, said the projectile hit a border village in Jazan, according to the official SPA News Agency.

“The military projectile had fallen on a public street, resulting in five civilians — three Saudis and two Yemeni — being injured,” Al-Ghamdi said.

There was no comment from the Houthi group, but the rebel movement regularly announces rocket and drone attacks on Saudi territories, saying they are a reaction to the Saudi-led coalition’s assault on Yemen.

Ahmed Asmar contributed to this report from Ankara;