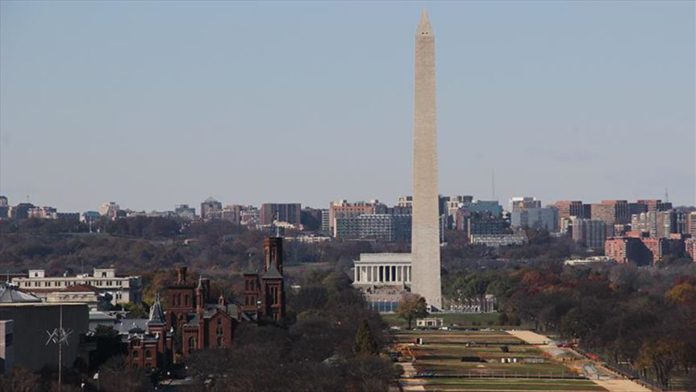 The House of Representatives voted largely along party lines Friday to make the US capital the country’s 51st state even as the measure appears unlikely to gain traction in the Republican-controlled Senate.

The Democratic-backed initiative was approved 232-180 with all but one Democrat lending their support. No Republicans joined in the effort.

Republicans have staunchly opposed making Washington, D.C. a state on partisan concerns, making its fate all but doomed in the 100-member Senate where the party holds the majority and leadership has signaled it will not take up the legislation.

As with most large urban centers Washington, D.C. is overwhelmingly Democratic, and Republicans fear losing ground in the federal legislature should statehood be achieved.

District residents currently lack voting representatives in either chamber of Congress, a fact they tout on their vehicle license plates, which read “Taxation Without Representation.” That would change under the House’s legislation, which would grant them two Senators and voting representation in the House where seats are allocated based on population.

“Hats off to our warrior on the Hill! #DCStatehood,” DC Mayor Muriel Bowser wrote on Twitter shortly after the vote, referring to congresswoman Eleanor Holmes-Norton, the district’s non-voting delegate in the House of Representatives.

The district has over 700,000 residents, giving it a larger population than Wyoming and Vermont.

While the seat of the federal government has some measure of self-governance, electing a city council and mayor, any laws and budgets it passes are subject to Congressional approval, a fact that has led to several clashes since “home rule” was passed by Congress in 1973.

Despite the fact that residents are denied fundamental democratic rights under the status quo, Senate Majority Leader Mitch McConnell described the statehood push last year as “full-bore socialism on the march in the House.”

“As long as I am the majority leader in the Senate none of that stuff is going anywhere,” he said during a Fox News interview in June 2019.

President Donald Trump similarly dismisses the effort to grant residents of the US capital democratic rights due to its partisan makeup.

“DC will never be a state,” Trump said during an interview with the New York Post in May. “You mean District of Columbia, a state? Why? So we can have two more Democratic — Democrat senators and five more congressmen? No thank you. That’ll never happen.”