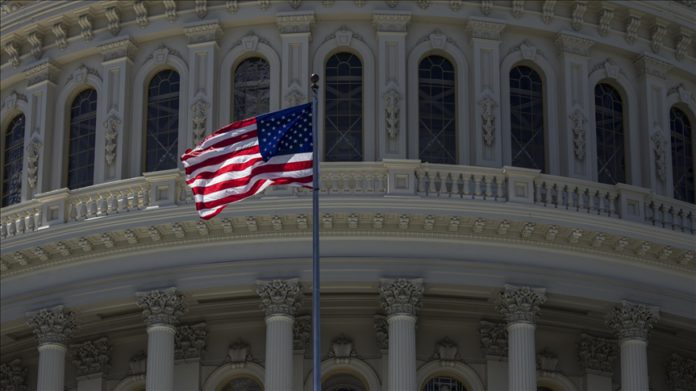 The House of Representatives team tasked with prosecuting former US President Donald Trump used his own words Wednesday to make the case that he is directly responsible for the Jan. 6 assault on the US Capitol.

The House managers said during the first day of arguments that Trump was “no innocent bystander,” citing his words at a rally that directly preceded the insurrection as well as his rhetoric dating back months to make the case that he “clearly incited the Jan. 6 insurrection.”

Congressman Jamie Raskin, who is the lead House prosecutor, said Trump was the “inciter in chief” of what he called “a dangerous insurrection.”

“He saw it coming and was not remotely surprised by the violence,” Raskin said. “He told them to fight like hell, and they brought us hell on that day.”

Raskin was referring to Trump’s address to his supporters just before they stormed the Capitol building in a bid to prevent lawmakers from counting Electoral College votes, a final step before President Joe Biden’s inauguration.

Trump stands accused of inciting the fatal riot that resulted in five deaths, including a Capitol Police officer. Two other law enforcement officers who sought to defend the federal legislature that day took their lives in the aftermath.

Trump told the masses he assembled at the nearby Ellipse that they must “fight like hell” to stop the Constitutionally-mandated count of votes, continuing to allege that the election was “stolen” from him through widespread voter fraud.

Biden won the Nov. 6 election by some 7 million votes, and Trump has not offered any evidence to back his claims. A Justice Department probe of voter fraud failed to develop any evidence that would have supported the notion, and he was also dealt repeated legal defeats in court.

Despite telling the crowd that he would join them on their march to the Capitol, Trump instead returned to the White House, where he reportedly watched the ensuing chaos on television.

“When his mob overran and occupied the Senate and attacked the House, and assaulted law enforcement, he watched it on TV like a reality show,” Raskin said. “He reveled in it, and he did nothing to help us as commander-in-chief.”

Prosecutors further played video footage from that day, including some that had never been previously seen, and played back audio recordings of police pleading for assistance and declaring a riot as the chaos worsened.

Among the footage were menacing scenes of Trump’s supporters rampaging through the Capitol looking for Vice President Mike Pence and House Speaker Nancy Pelosi. Pence became a target for the insurrectionists after he rejected Trump’s calls to override the vote count.

The mob was also seen coming within seconds of confronting lawmakers, including Republican Senator Mitt Romney, who was redirected away from rioters by police. Officer Eugene Goodman could be seen running towards Romney, shouting at him before the Utah senator turned around and ran for shelter.

Trump’s defense team, which has argued that the ex-president’s speech is constitutionally-protected, is expected to begin its two days of oral arguments on Friday.

The former president is highly unlikely to be convicted in the Senate, where a two-thirds majority is required for the action to pass. Just six Republicans agreed in a previous vote that the proceedings are constitutional.