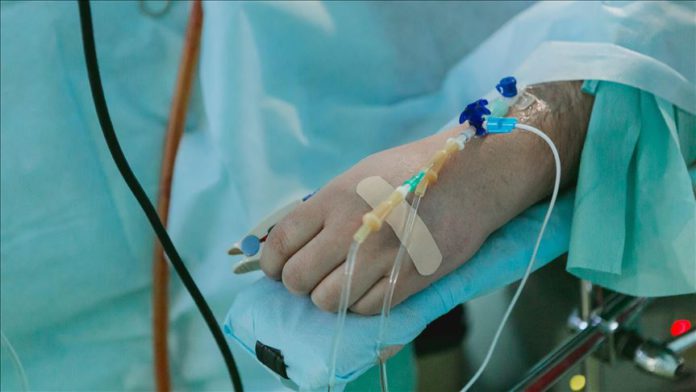 Spain saw significant jumps in both hospitalizations and new COVID-19 cases on Wednesday, with nearly 34,000 people in the country infected over the past two weeks, according to the Health Ministry.

The number of new cases jumped by nearly 3,000 on Wednesday, down from 5,760 on Tuesday. The update does not include data from the Basque Country or Castile La Mancha due to technical issues.

Hospitalizations are beginning to follow the new surge of cases that began just a few weeks after Spain entered into the new normal in late June. The ministry registered 163 more hospitalizations on Wednesday and 980 more within the last week.

Since the state of alarm ended on June 21, the ministry has counted a total of 2,799 more hospitalizations, meaning more than one-third occurred in the last week.

Deaths remain flat, with the ministry reporting just one new fatality, although that data conflicts with 10 more deaths reported on Wednesday in Catalonia by local health services.

Due to the recent uptick in cases, on Wednesday Switzerland announced that it would require all arrivals from mainland Spain to quarantine as of Saturday.

Switzerland will join other European countries like the UK and Norway, which have enforced quarantine on Spanish arrivals since the contagion began to accelerate again this summer and put a damper on the country’s plans to reactivate holiday tourism.

Within Spain, new measures are also being announced to slow down the spread of COVID-19.

Starting Thursday, steeper fines will be handed out to people who have the potential of spreading the virus in Andalusia, officials announced today.

Establishments that break the rules and could cause more than 100 infections – particularly those related to activities like bars or nightclubs – could face fines ranging from €60,001 to €600,000 ($714,170).

On Thursday Catalan health officials also said they will be going door to door to carry out community-wide testing in the worst-hit areas of the municipalities of Ripollet, Terrassa, and Sabadell.

Meanwhile, Madrid’s request for university graduates to volunteer, unpaid, to be contact tracers in the region, which is seeing the virus spread the fastest, has caused a wave of outrage amongst students, professionals, and residents of the region.

“This work should not only be paid, but whoever does it should have specific and adequate skills,” said the Madrid Doctors’ College in a statement on Wednesday.

The region of Murcia also announced it will extend the lockdown of the town Totana for at least another week.