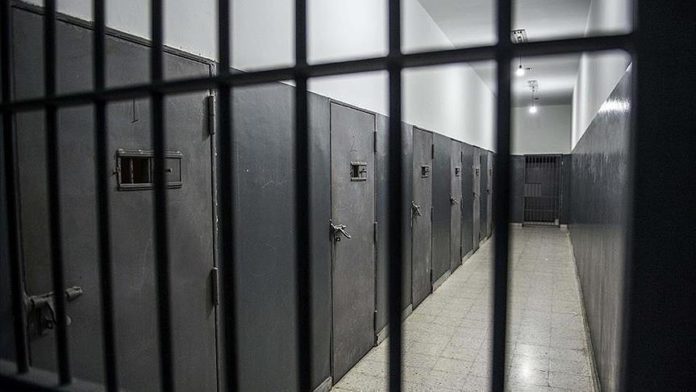 In a long corridor, Israeli intelligence operatives were standing and clapping sarcastically as jailers were taking handcuffed Mays Abu Ghosh to a military interrogation cell.

“They were mocking me, saying I’d die in the interrogation,” Mays told Anadolu Agency.

Amid her menstrual cycle, Mays was tied to the chair by her hands and ankles and stretched her body into a banana shape for hours, making it impossible to sleep.

“I wasn’t able to walk, the jailers were holding me to the cell,” Mays added.

May’s hands were constantly bleeding due to the shackles. She refused to be subjected to another military interrogation session, so the intelligence officer grabbed Mays and slammed her against the wall.

Mays continued: “They didn’t provide me with any tampons or undergarments I needed in this delicate period for any woman in the world.”

Gosh, 24, of the Qalandiya refugee camp, is a journalism and media student at Birzeit University who was arrested on Aug. 29, 2019, and then subjected to horrific torture in solitary confinement for 33 days at Al-Maskobya Interrogation Center.

During her confinement at the notorious facility, she lost 12 kilograms (26.5 pounds).

“The officers were constantly trying to convince me that I had gone insane and was trying to kill myself, so they brought social workers, but they were actually other officers,” Mays recounted.

When those officers were in the cell with Mays, she showed them the wounds and bruises she suffered as a result of the abuse she had been subjected to and asked them: “Who wants to kill another person? I’m a student, and you’re detaining me.”

Mays frequently asked for painkillers to alleviate the pains in her head and muscles, but she was usually denied.

During the interrogation sessions, the officers deliberately forced Mays to hear the screams of detainees subjected to physical torture in military interrogation, while also threatening her that what would happen with her would be even more horrible.

Mays was sentenced to 16 months in prison on charges of participating in illegal student activities.

Birzeit University has long been a center for student activism in the Palestinian territories.

Over the last decade, Israel has detained over 414 students and subjected them to interrogation, trials, and administrative detention.

“All over the world, participation in student activities is a right, but here we were arrested for it and subjected to criminal torture in Israeli jails,” said Mays.

Most of the students were charged with involvement in student activities of the Islamic bloc, the student arm of the Palestinian resistance group Hamas, and the Democratic Progressive Student Pole, Birzeit University’s socialist bloc.

Israel has officially declared the two blocs to be “illegal groups.”

“The intelligence officer spat at me and told me I deserved to die because of my activities,” Mays recalled.

At the interrogation center, the intelligence officers put psychological pressure on detainees by threatening to demolish their homes and arrest family members. Mays’ home was demolished in 2016 after the Israeli army killed her brother.

“They arrested my young brother to put pressure on me, “

Mays was not allowed to wear a hair scrunchie because the officers were constantly beating, punching, kicking, smacking, and pulling her hair.

“I was tearing the plastic bag they put breakfast food in and using its strips to tie down my hair, but they were taking it from me,” Mays recounted.

Mays was kept in one of the cells for several days with a bug rat that lurked in the sewers and attacked her while she was sleeping, indicating a high risk of infection transmission to Mays.

She was completely isolated for 33 days, unable to communicate with any lawyers or human rights groups. She lived in terrible conditions due to the constant torture she was subjected to, as well as the filthy cell where sewage overflowed, soaking her thin sleeping mattress.

Mays is still suffering from the effects of the torture she endured in the interrogation center.