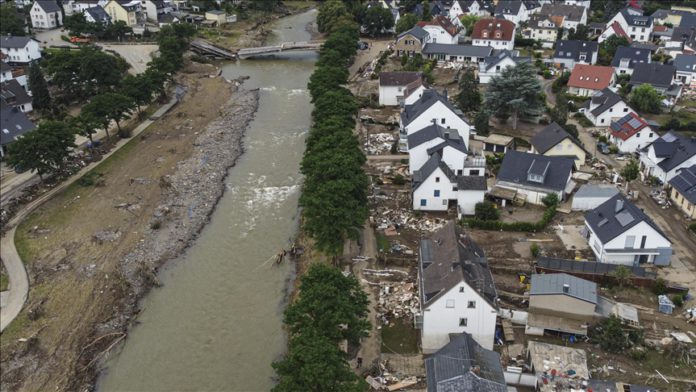 The deputy director of Germany’s technical relief agency, THW, told the media that rescue crews are still looking for the missing people in affected towns and villages while clearing debris from streets and damaged buildings.

“Unfortunately, at this point, it is very likely that you will not be able to save more lives, but only recover bodies,” Sabine Lackner told Redaktionsnetzwerk Deutschland (RND).

Germany’s worst flooding in decades has claimed 171 lives, injured more than 760 people, and caused widespread devastation in the western states of North Rhine-Westphalia and Rhineland-Palatinate.

Officials confirmed that at least 155 people were still unaccounted for in the worst-hit Ahrweiler district in Rhineland-Palatinate.

Authorities were sharply criticized this week after reports revealed that they failed to react swiftly and did not properly warn residents although the European Flood Awareness System (EFAS) alerted them about possible extreme floods.

Deputy government spokesperson Martina Fietz said the initial relief package will be €400 million ($470 million), half of which will come from the federal government and the other half from federal states.