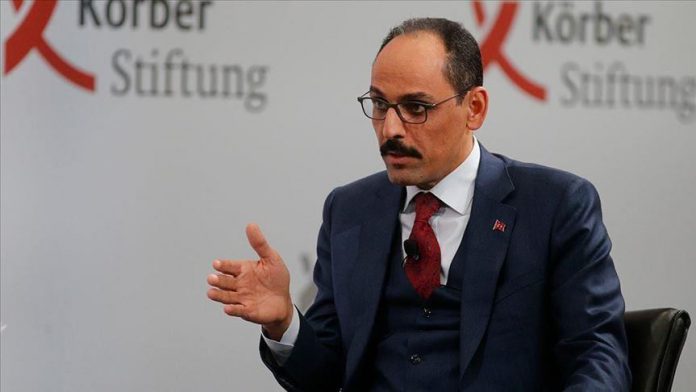 “It’s actually our diplomatic efforts and our support for the Government of National Accord [GNA] that has brought a degree of balance to this conflict, and as a result of which we have the cease-fire,” Ibrahim Kalin told CNN International in an interview where he spoke on developments in Libya and the aftermath of the killing of a senior Iranian general.

Asked about Turkey’s strategy in Libya — where the